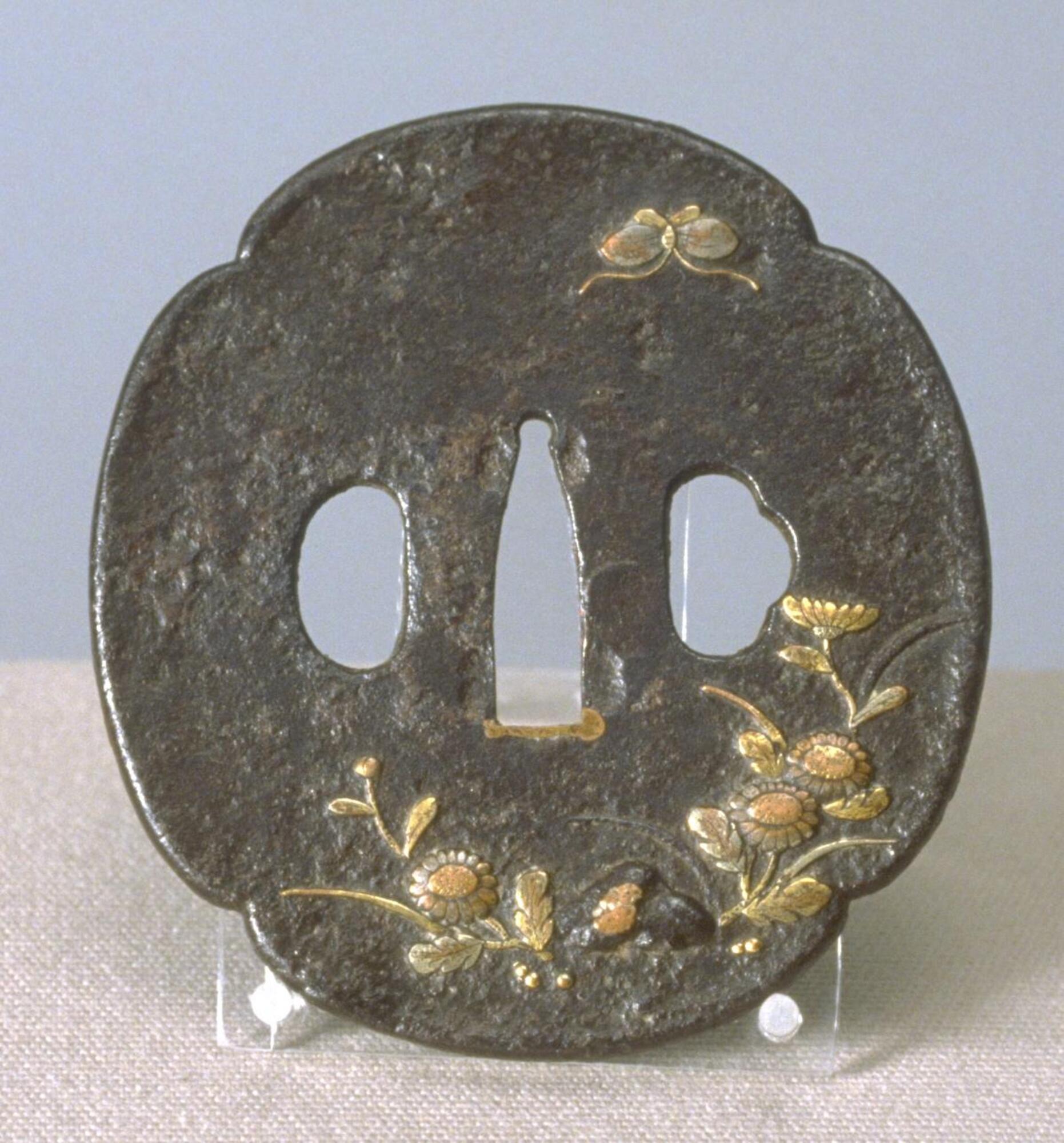 Subject matter
Tsuba (sword guard) is inserted between a sword handle and blade to protect hands from sharp blades. The center hole is where the sword is placed. A smaller hole on the left is to place an ornamental stick, kozuka. Another hole on the right is to insert kougai, spatula-like sticks which are said to be used for itching hair underneath hats or helmets. Butterflies, chrysanthemums, autumn grass, and rock are popular motifs in Japanese decorative arts; the combination of chrysanthemums and grass suggests that this is an autumn scene.

Physical Description
The flat iron plate with quatrefoil design. It has three holes: one for blade (middle) flanked by oval-shape hole (for kougai) and oval with bump shape (for kozuka). Chrysanthemums, autumn grass and a rock are carved on lower-right side; a butterfly is descending toward the flowers. Gold inlays are applied to the flowers, grass, part of the rock, and butterfly. The surface is finely granulated by etching (“ishime-ji”).