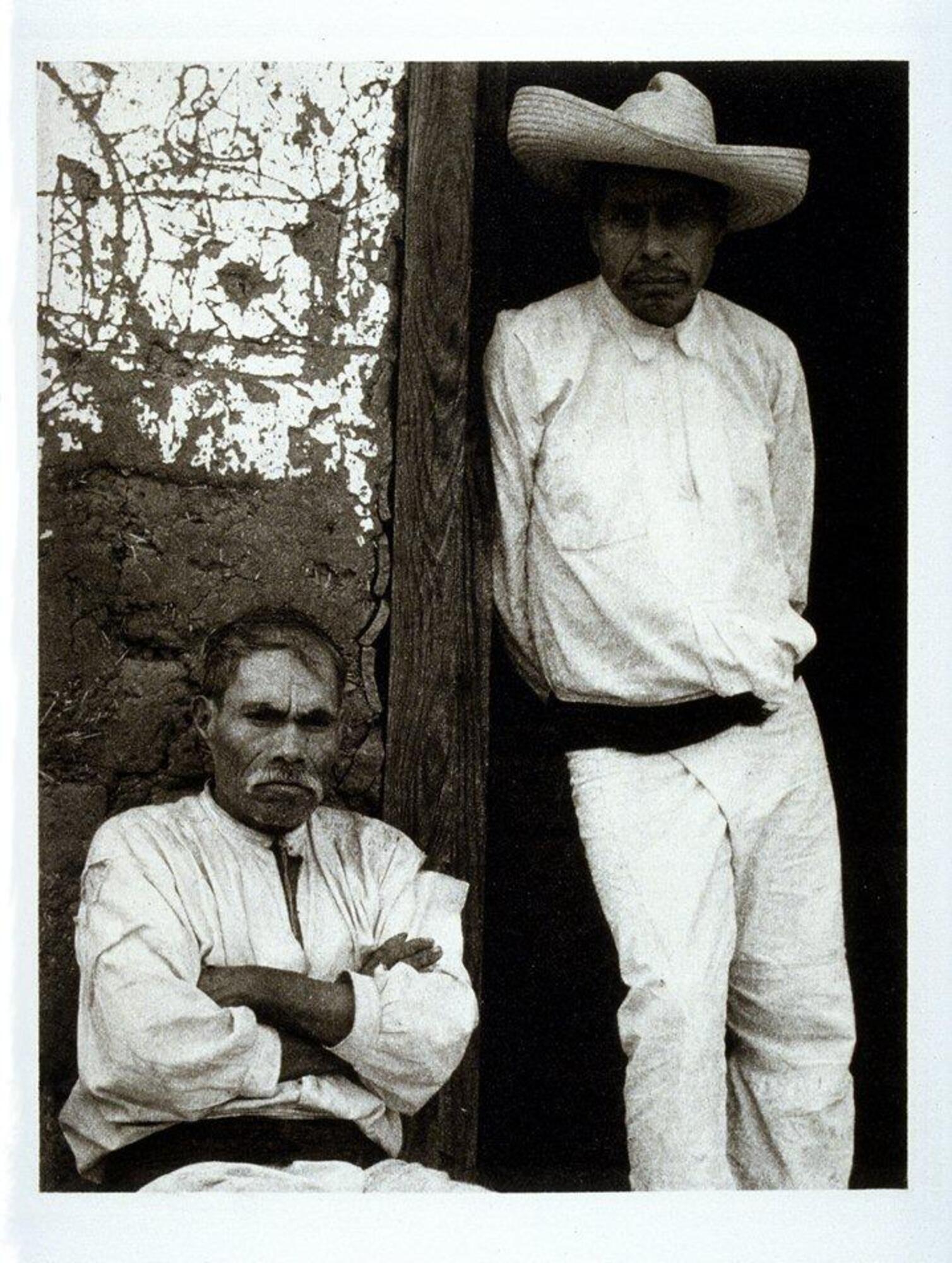 Subject matter
This photograph depicts two men in Santa Anna, Michoacan, Mexico. The man on the right stands, leaning into a door frame. He wears a straw hat and white clothing, with a dark belt around his waist. The man on the left appears slightly older than his companion, with a gray handlebar moustache revealing his older age. He sits against the outer wall of the building, his arms crossed over his chest. He too wears all light-colored clothing with a dark belt. Both men's eyes narrow in on the camera, even though they are unaware that they are the subjects of the photograph. Strand used a prism lens to disguise his intentions when photographing his human subjects during his time in Mexico. In order to capture his images of people his lens directed the light at a right angle, while appearing to shoot from the front.

This photograph is from Paul Strand's The Mexican Portfolio published in 1967 by Paul Strand. The portfolio consists of a series of 20 images depicting Mexico's people, architecture, landscape, and churches. It was first published in 1940 under the name Photographs of Mexico, and reprinted under Strand's supervision in 1967 as The Mexican Portfolio

Physical Description
This photograph depicts two men, one standing in a doorway, and one sitting. Their facial expressions appear serious and skeptical.