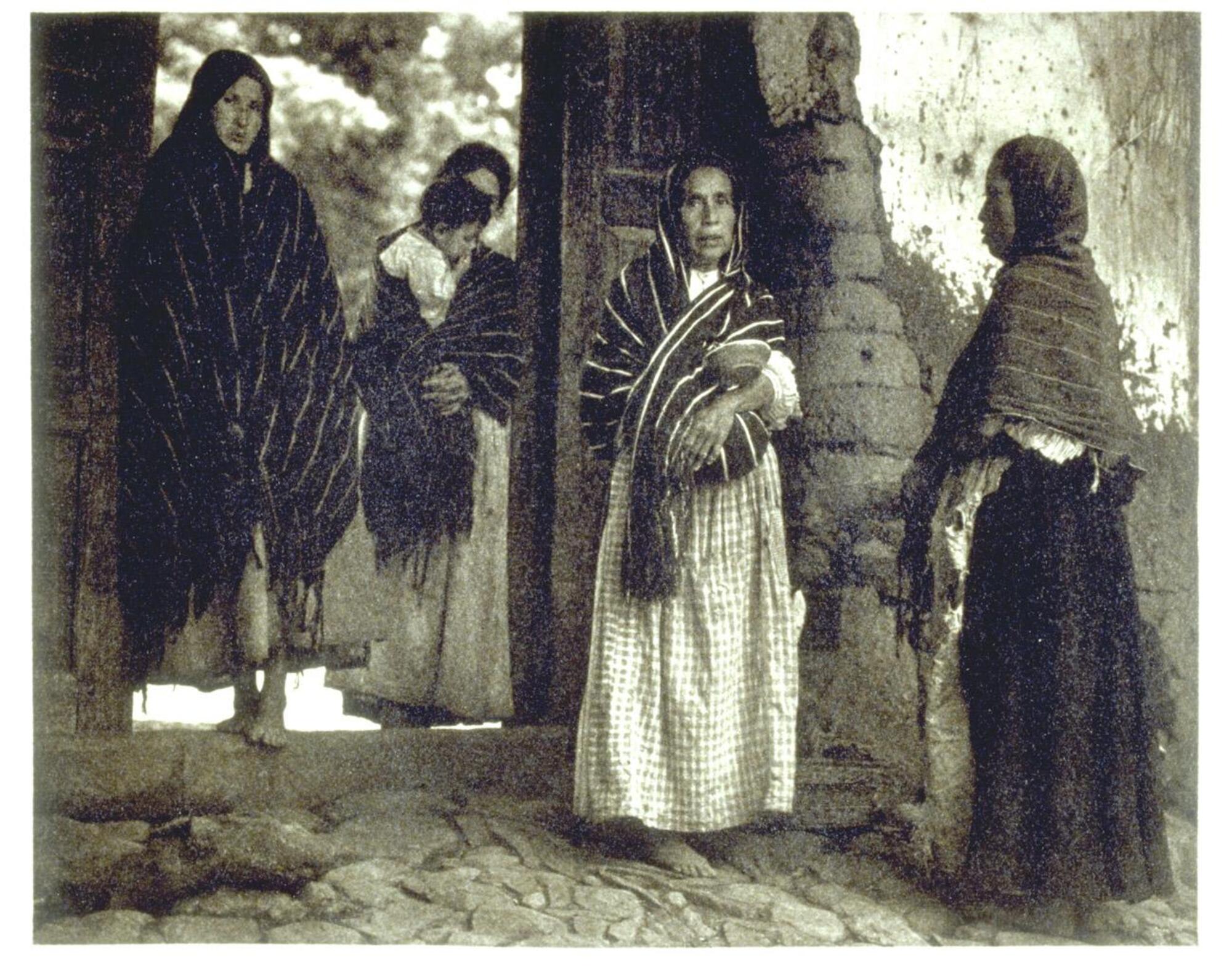 Subject matter
This photograph depicts four women standing in a doorway. Two women stand beneath the eaves, while two stand just outside. The woman on the far left stands in the entrance and seemingly looks into the camera. The woman to her right, also in the door frame, engages with the child in her arms. The woman just outside the frame looks straight ahead toward the camera and holds an unseen child beneath her patterned scarf. The woman on the far right turns away from the camera, and appears to be in conversation with the woman to her left. Each woman wears a long skirt, no shoes, and three wear heavy shawls on their heads. Strand used a prism lens to disguise his intentions when photographing his human subjects during his time in Mexico. In order to capture his images of people his lens directed the light at a right angle, while appearing to shoot from the front.

This photograph is from Paul Strand's The Mexican Portfolio published in 1967 by Paul Strand. The portfolio consists of a series of 20 images depicting Mexico's people, architecture, landscape, and churches. It was first published in 1940 under the name Photographs of Mexico, and reprinted under Strand's supervision in 1967 as The Mexican Portfolio.

Physical Description
This is a photograph of a group of women standing around a doorway. Four women stand, one holding an infant child, another holding a baby beneath her shawl.