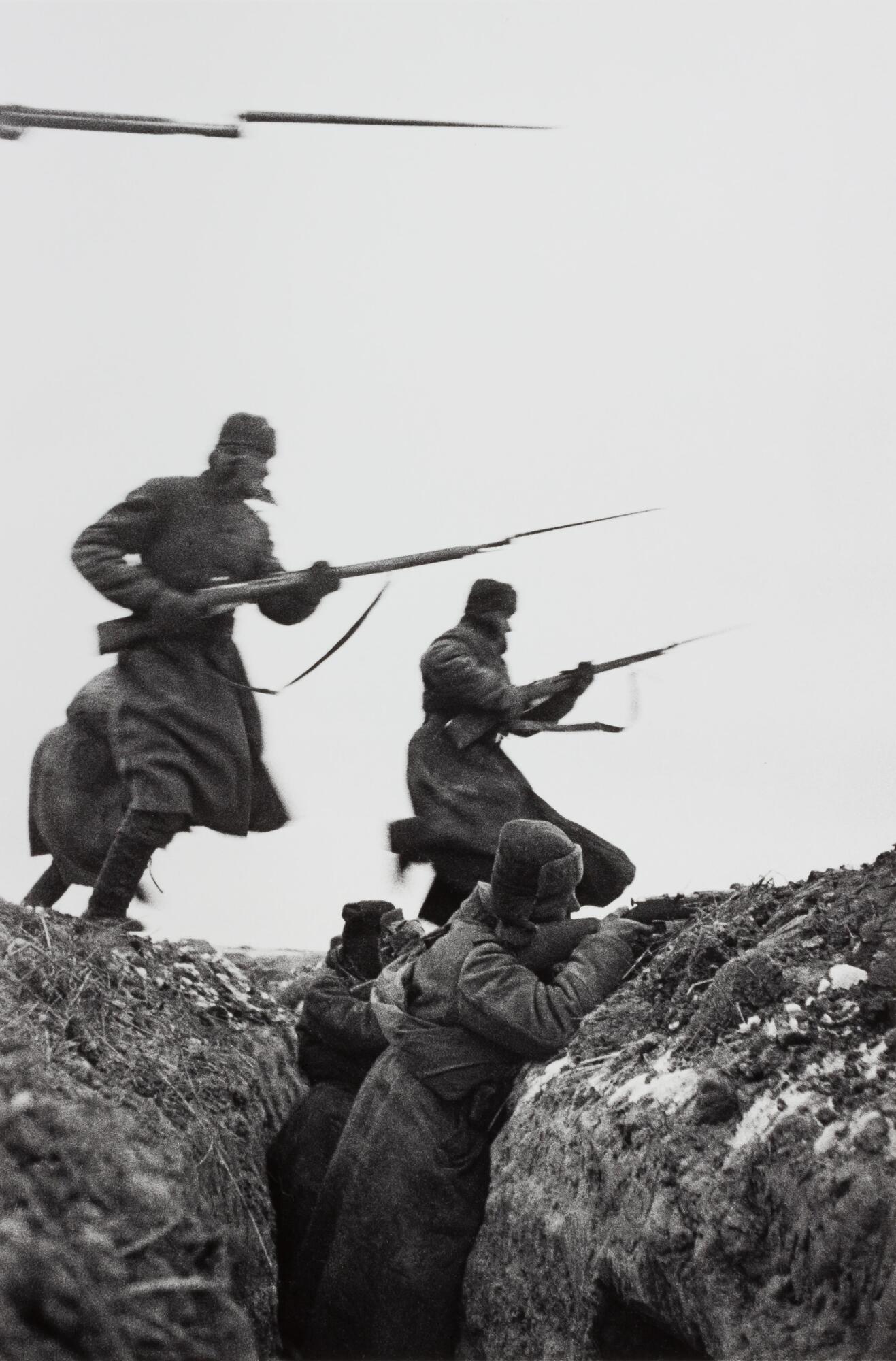 Subject matter
This photograph contrasts stillness and movement in the bodies and actions of the Soviet soldiers who constitute the main subject of the image. The camera peers down a narrow and shallow trench at two soldiers who gaze down the barrels of their rifles over the trench walls. Above, several other soldiers bound overhead, their figures blurred by their movement. The sharp, attenuated forms of these soldiers’ bayonets act almost like directional aids, guiding the viewer’s eye to the right-hand side of the photograph.

Physical Description
Soldiers with rifles and bayonets take cover in or jump over a trench dug into a barren landscape.