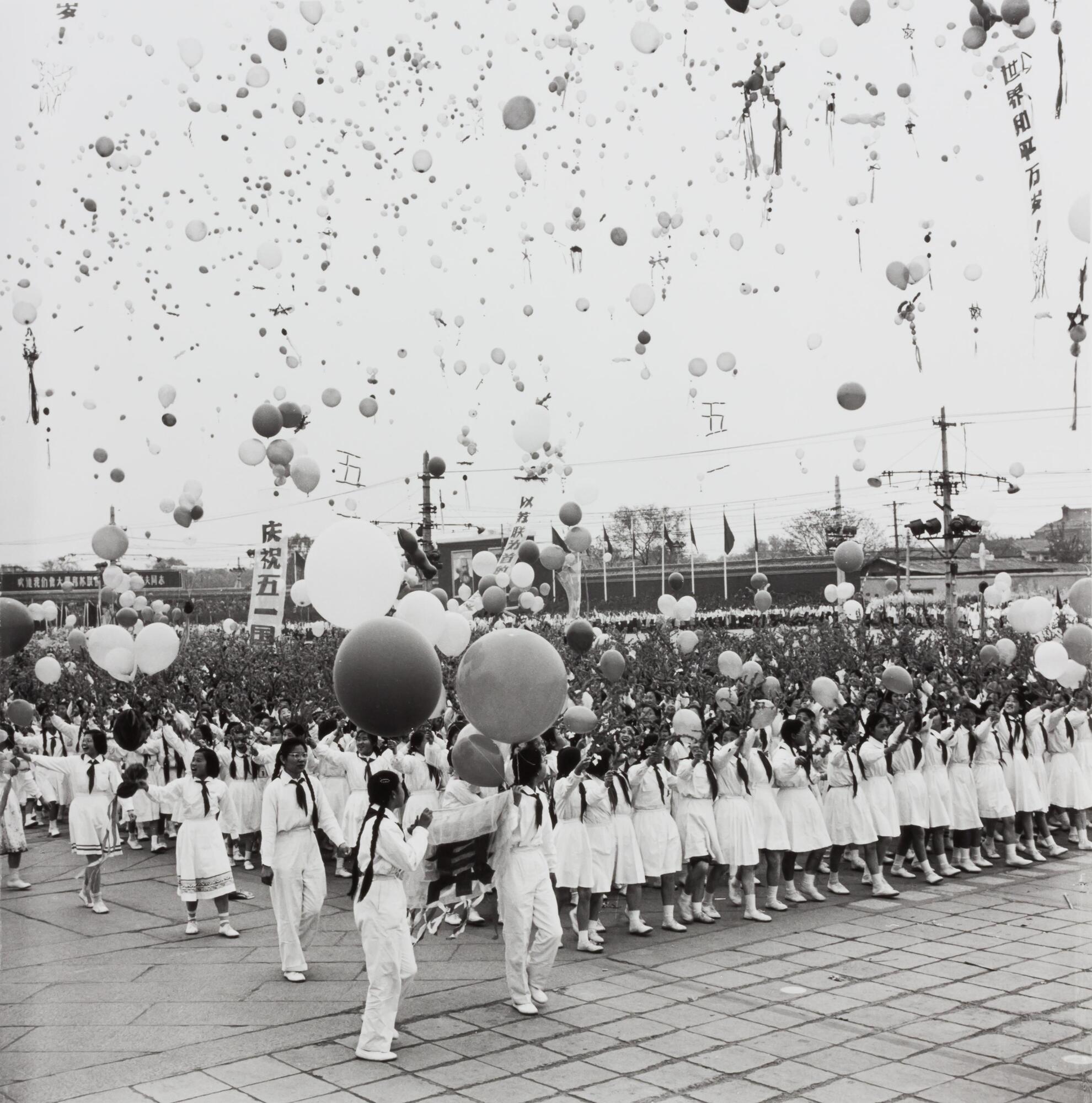 Subject matter
In this photograph, rows of young schoolgirls in matching white uniforms march through a city square in China while dozens of balloons float above their heads. In the lower-left foreground, several girls in similar white apparel break ranks from the others, evidently having a more distinguished role in the parade. In the lower center, two girls with dark braided hair stand beneath enormous balloons, which almost seem to dwarf the children holding them. Walls, rooflines, and telephone lines in the distance form a horizontal band along the central register of the photograph and indicate the image’s urban locale.

Physical Description
Rows of young girls in white dresses march in file in the lower foreground of the photograph while dozens of balloons float in the sky above them.