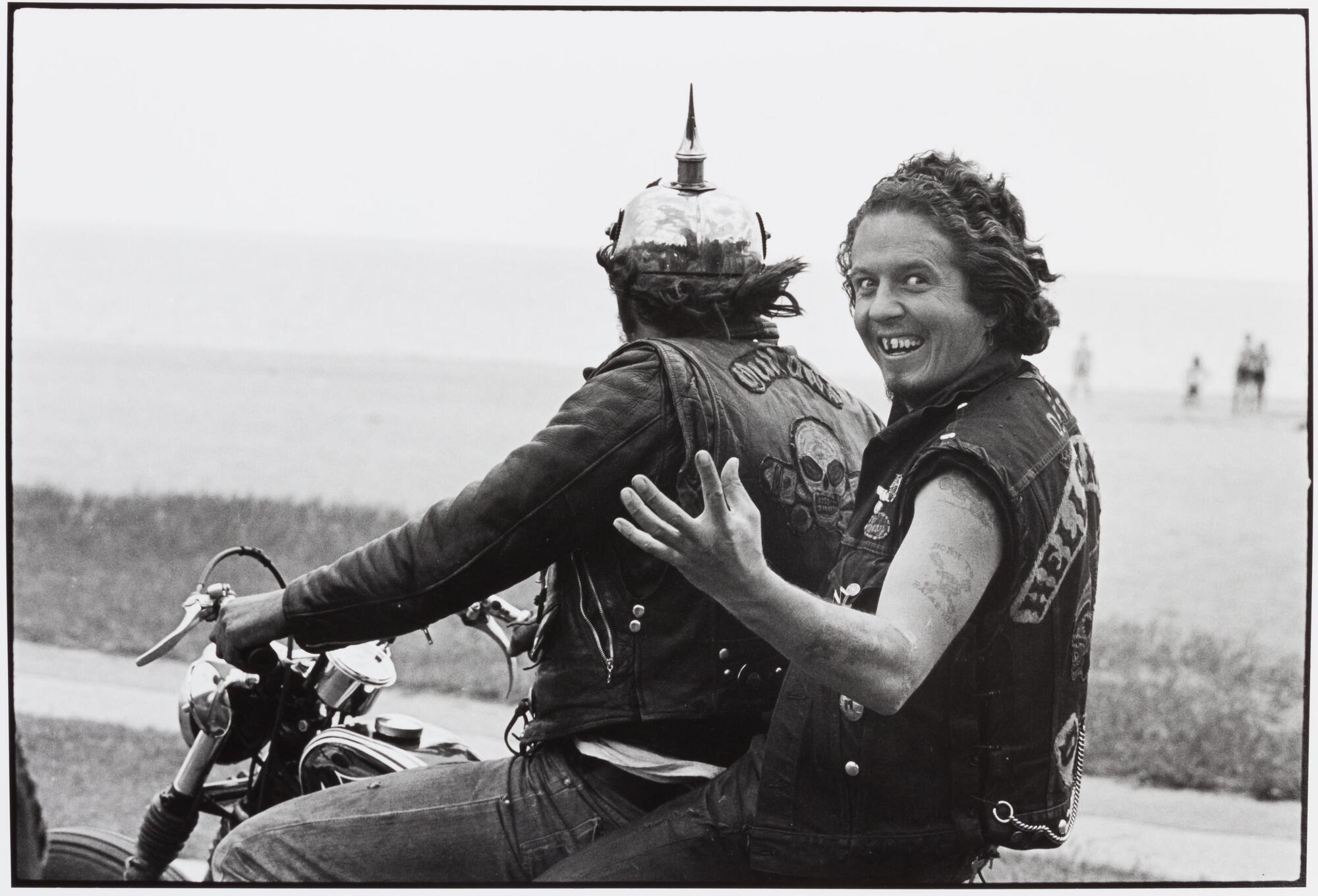 Physical Description
A photograph of two men riding on a motorcycle. The man in the back seat looks back at the camera, holding out his hand and smiling. The other man wears a helmet with a large spike and looks toward the beach scene that unfolds before him.