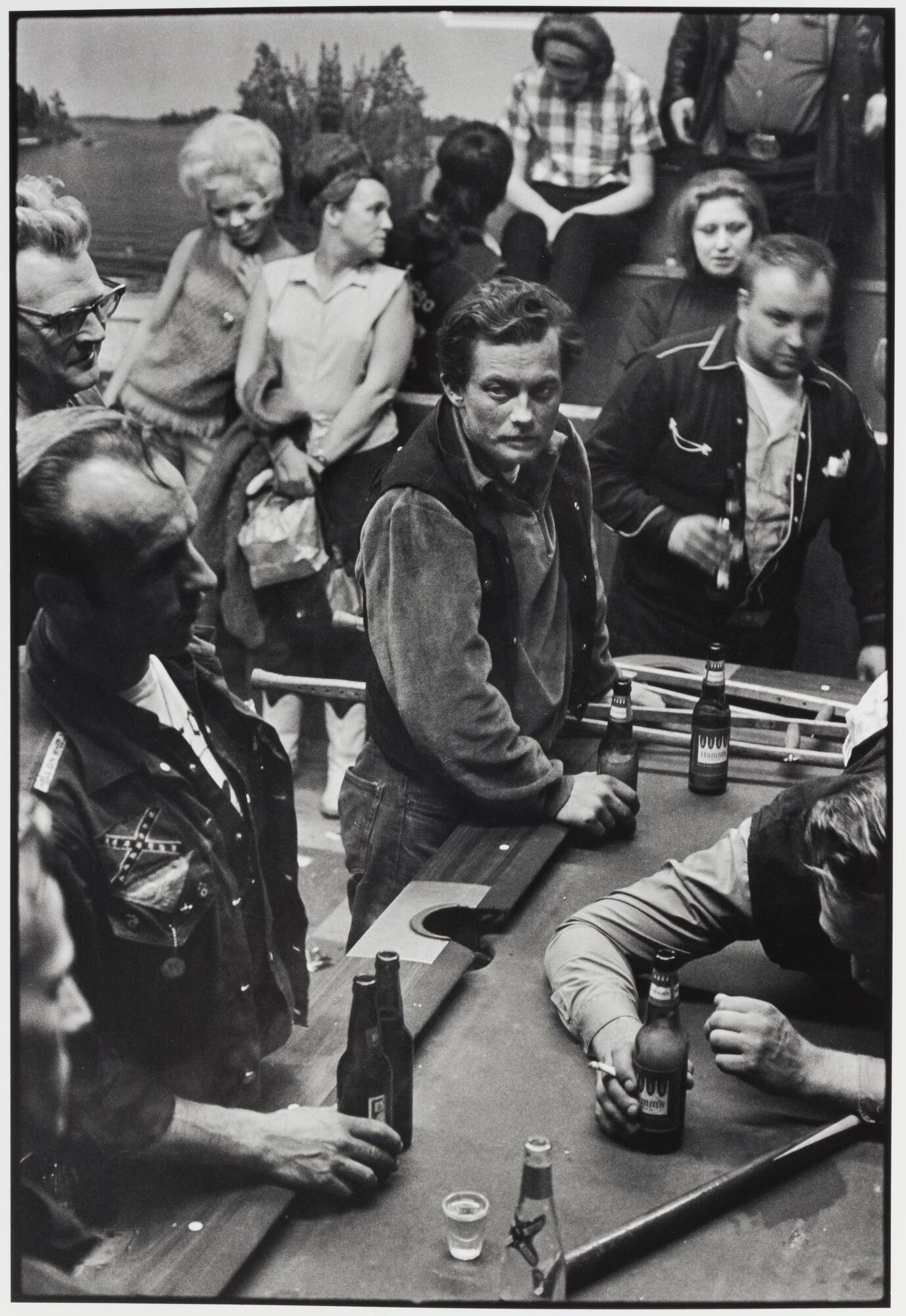 Physical Description
A photograph of a man standing at a pool table, crutches placed on the table next to him. He is surrounded by men and women who socialize and drink beer from glass bottles.