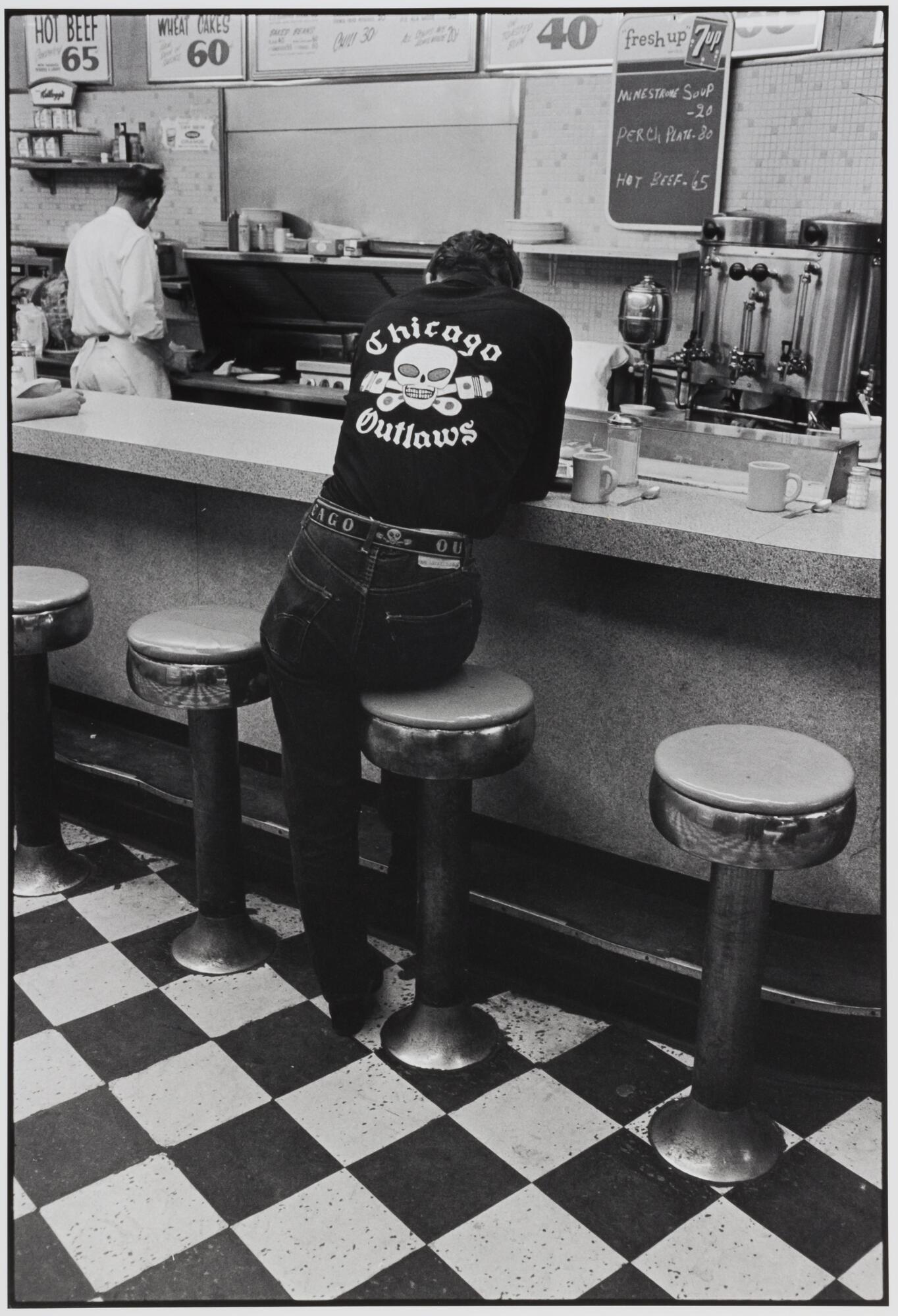 Physical Description
A photograph of a man sitting on a circular stool in a diner, his back turned to the camera, revealing a shirt, which reads "Chicago Outlaws." Behind the counter, a man prepares orders.