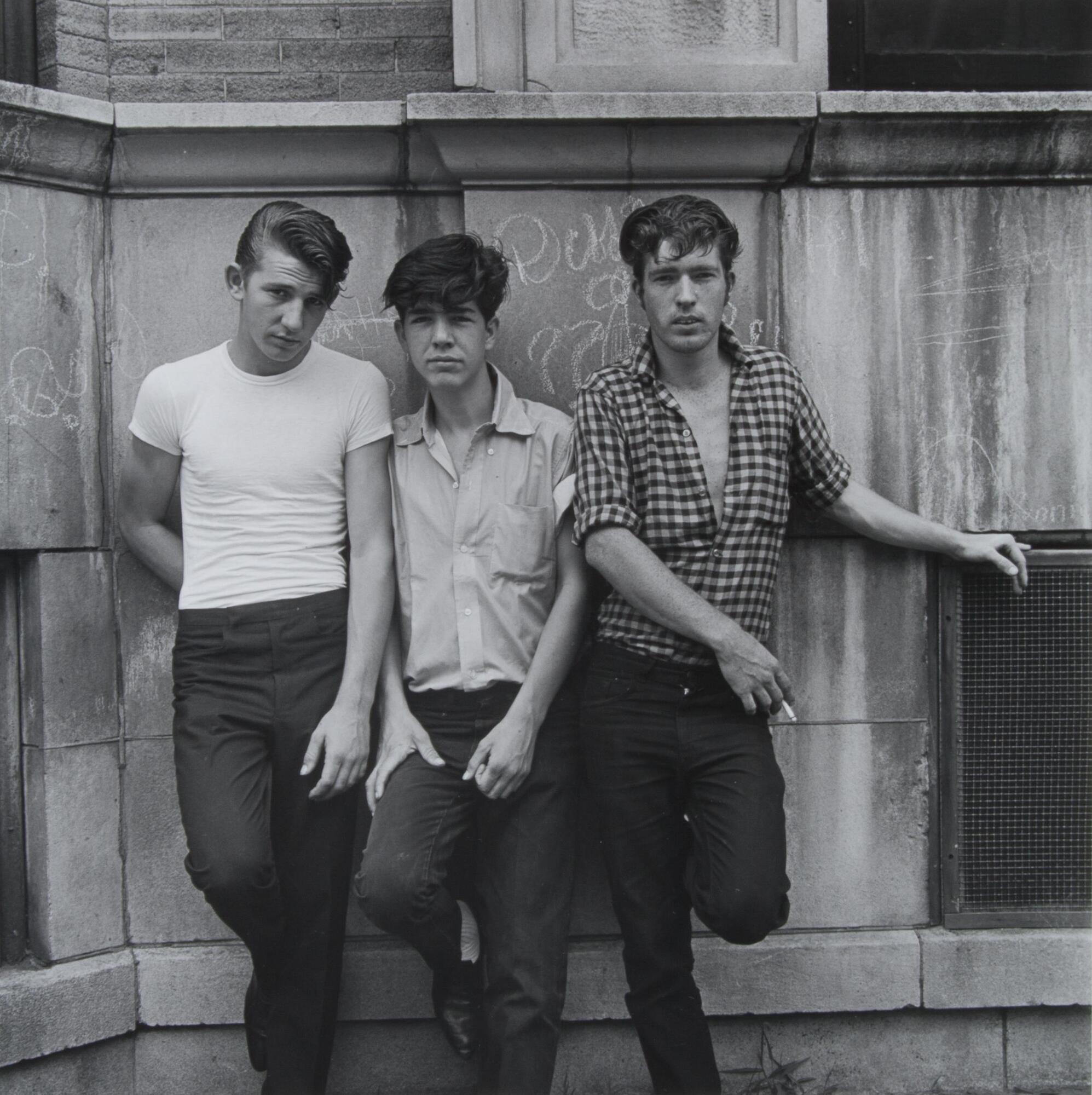 Physical Description
A photograph of three young men standing in front of an outdoor, concrete wall. The man on the left wears a white T-shirt, the man in the middle a button-down, and the man on the right, an unbuttoned shirt, holding a cigarette in his right hand.