Brothers and Sisters by a Delivery Truck 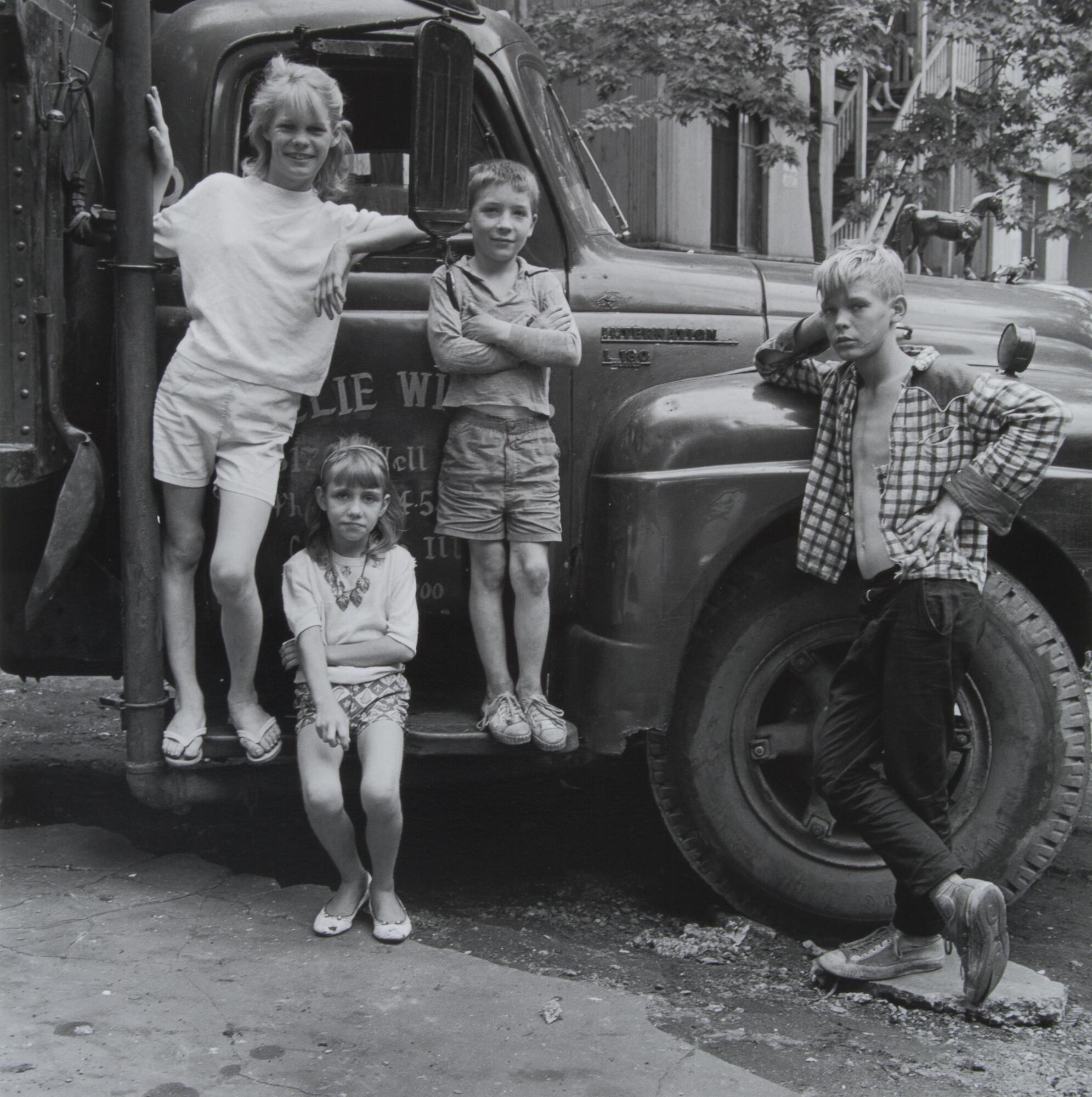 Title
Brothers and Sisters by a Delivery Truck

Physical Description
A photograph of four children leaning against a truck. On the left, three children are grouped together, two young girls, and a boy. On the right, another boy leans his arm against the hub of the wheel; his other arm is akimbo.