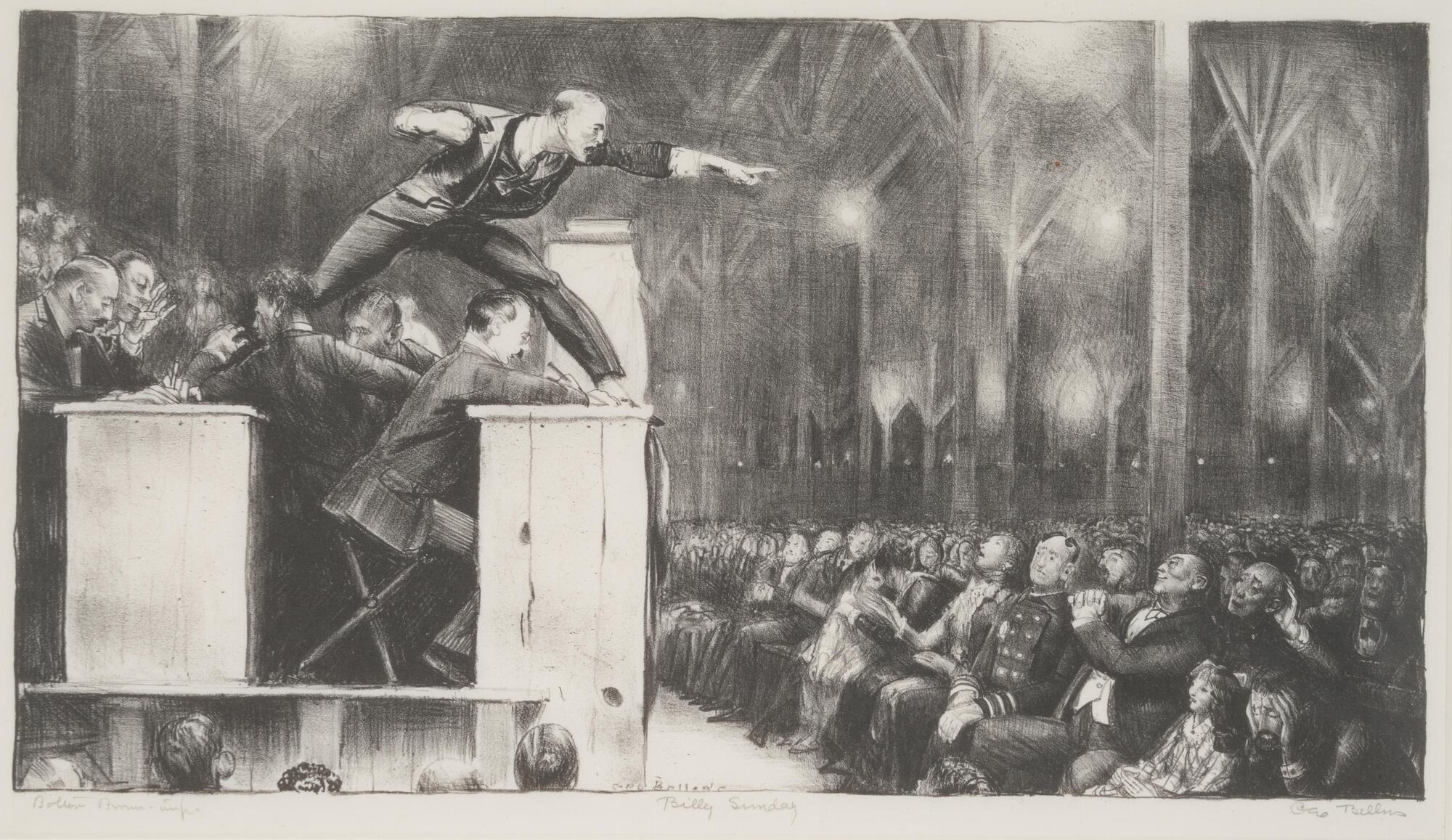 Subject matter
Billy Sunday is shown climbing on rows of desks and pointing spiritedly at a large crowd while giving one of his famous sermons. Like Bellows, Sunday was a professional athlete before finding his calling in the Evangelical Christian church. From 1896 to his death in 1935 Billy Sunday traveled across the United States holding special services in tabernacles that he required the towns to build for him prior to his arrival. This print shows the large wooden building that townspeople would flock to to hear his passionate sermons.

An edition of this print in the reverse was originally published in the May 1915 edition of Metropolitan Magazine for an exposé on the questionable finances of the Billy Sunday preaching circuit. Bellows often did illustrations for magazines and publications. This edition of the print however was published in 1923 when Sunday's preaching was winding down. Bellows, a member of the Ashcan Group, was interested in realistic portrayals of American life.

Physical Description
This print shows a large group of people seated in a theater. On the stage, a man stands on top of a podium in the midst of a number of seated men who talk amongst themselves.

Rights
If you are interested in using an image for a publication, please visit http://umma.umich.edu/request-image for more information and to fill out the online Image Rights and Reproductions Request Form. Keywords
American (North American)
Christianity
preaching
tabernacles (Christian buildings)