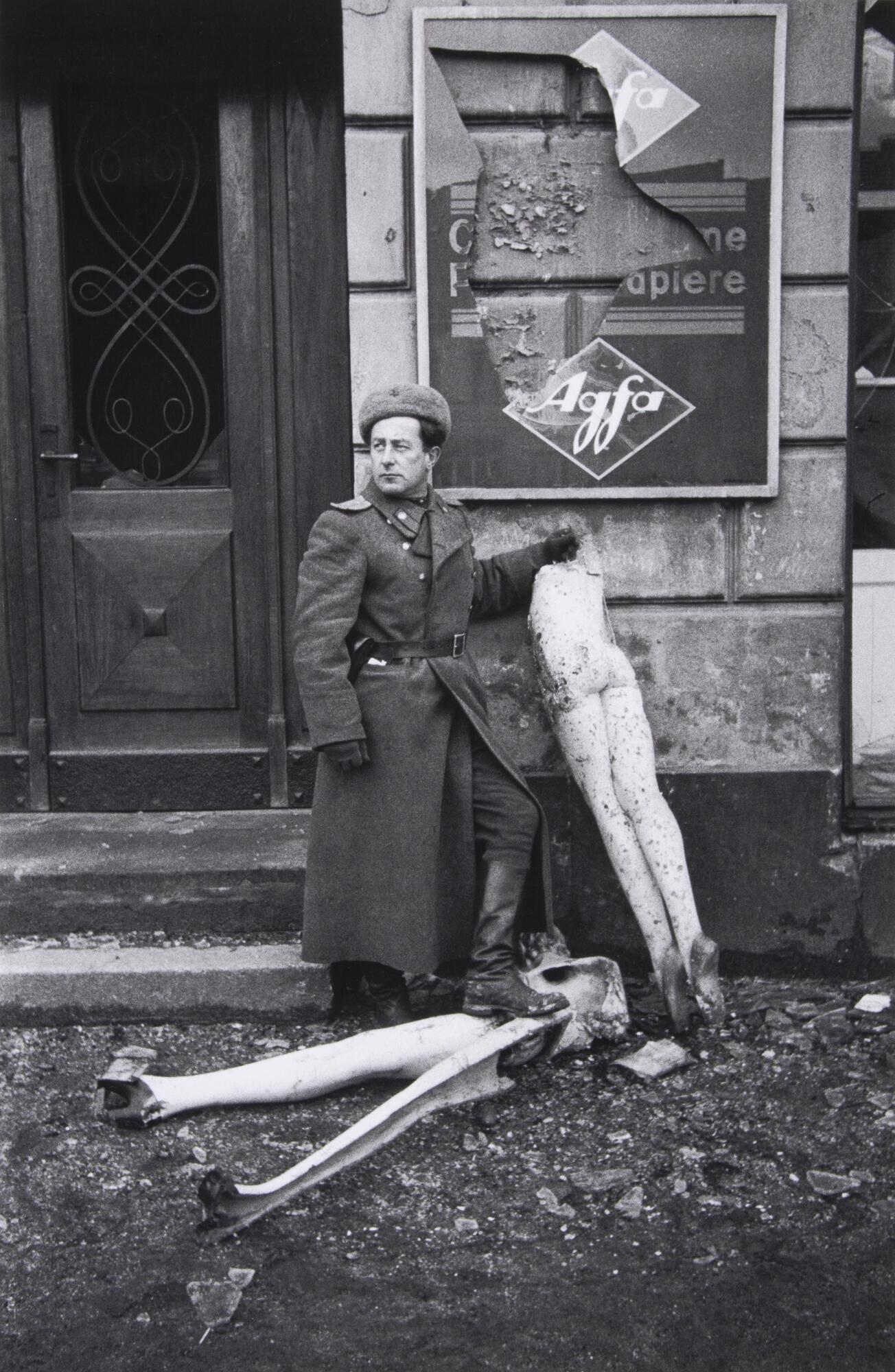 Subject matter
In this photograph, a Soviet soldier in a long wool coat and fur hat poses with the fragmented bodies of two broken mannequins on the rubble-filled streets of Berlin. Behind his left shoulder, a damaged wall-sign displays the logo for Agfa, a company originally founded in Germany known for producing photographic film and paper. On the one hand, the destroyed mannequins could be read as a visual metaphor for the death and bodily destruction visited upon soldiers and civilians alike as a symptom of warfare. On the other, the presence of the wall advertisement might be understood as a self-referential statement on both the mediated and techno-industrial nature of photography. This image forms part of Baltermants’s larger project (as an official photographer to the Kremlin) which, spread across numerous portfolios, aimed to document scenes from the Soviet Union’s fight against Nazi Germany during World War II (1939-1945), known in the USSR as the Great Patriotic War.

Physical Description
A man in uniform and heavy coat looks to his right as he stands posed next to a broken sign and broken mannequins in the rubble-filled street of Berlin.