The Red Army Crosses the Oder River into Germany, December 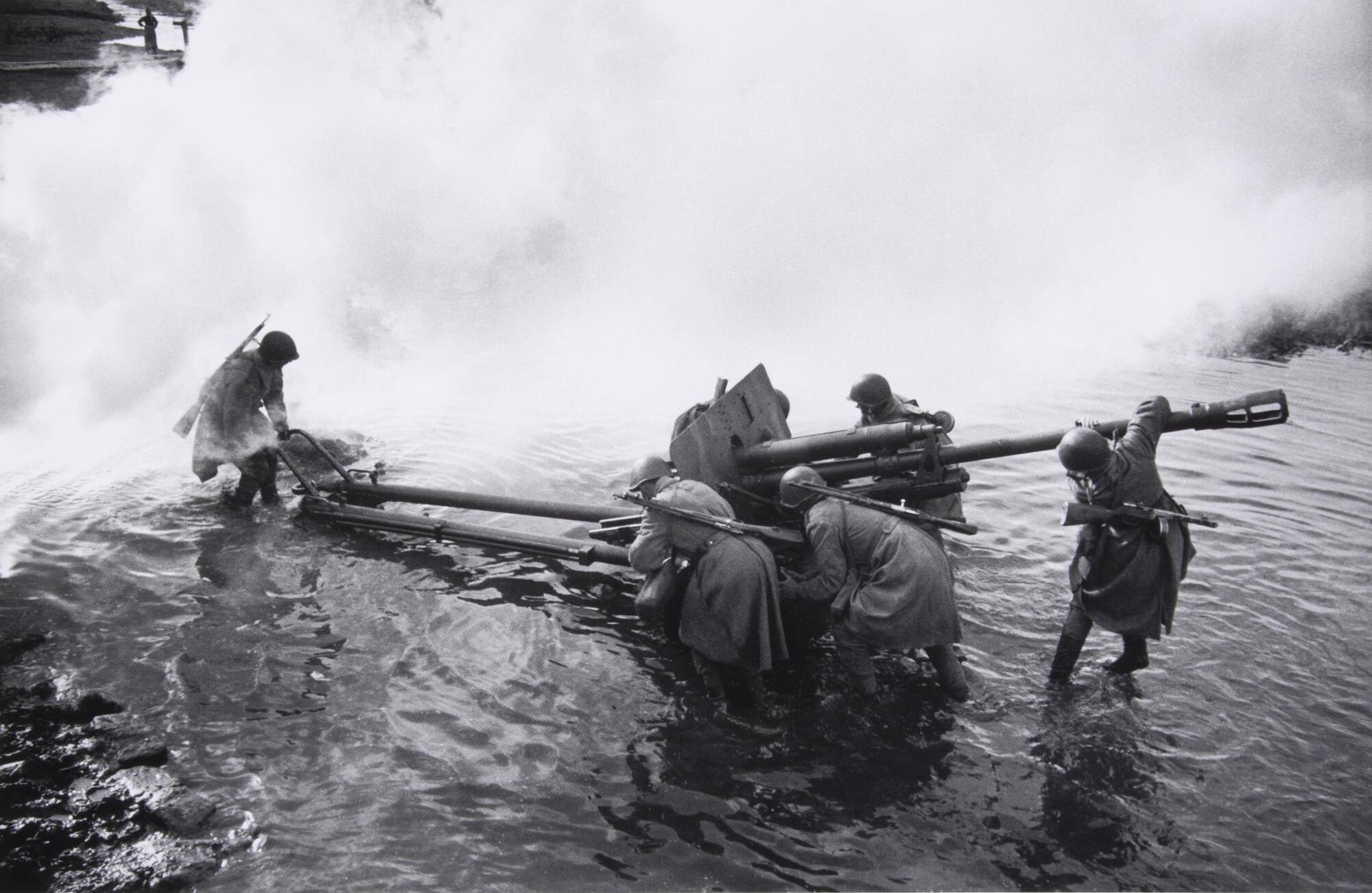 Subject matter
In this photograph, the viewer looks down onto six Soviet soldiers as they labor to pull an antitank gun across a shallow section of the Oder River. Much of the top register of the image is obscured by a screen of smoke. Though the image represents a seemingly insignificant moment during World War II (1939-1945), the location is noteworthy: the Oder River forms the part of the eastern border between Germany and Poland. Thus, this photograph points to the beginning of the Soviet invasion of Nazi Germany and the latter’s final collapse. This image, in fact, forms part of Baltermants’s larger project (as an official photographer to the Kremlin) which, spread across numerous portfolios, aimed to document scenes from the Soviet Union’s fight against Nazi Germany during World War II, known in the USSR as the Great Patriotic War.

Physical Description
A group of soldiers drag a piece of artillery through shallow water.