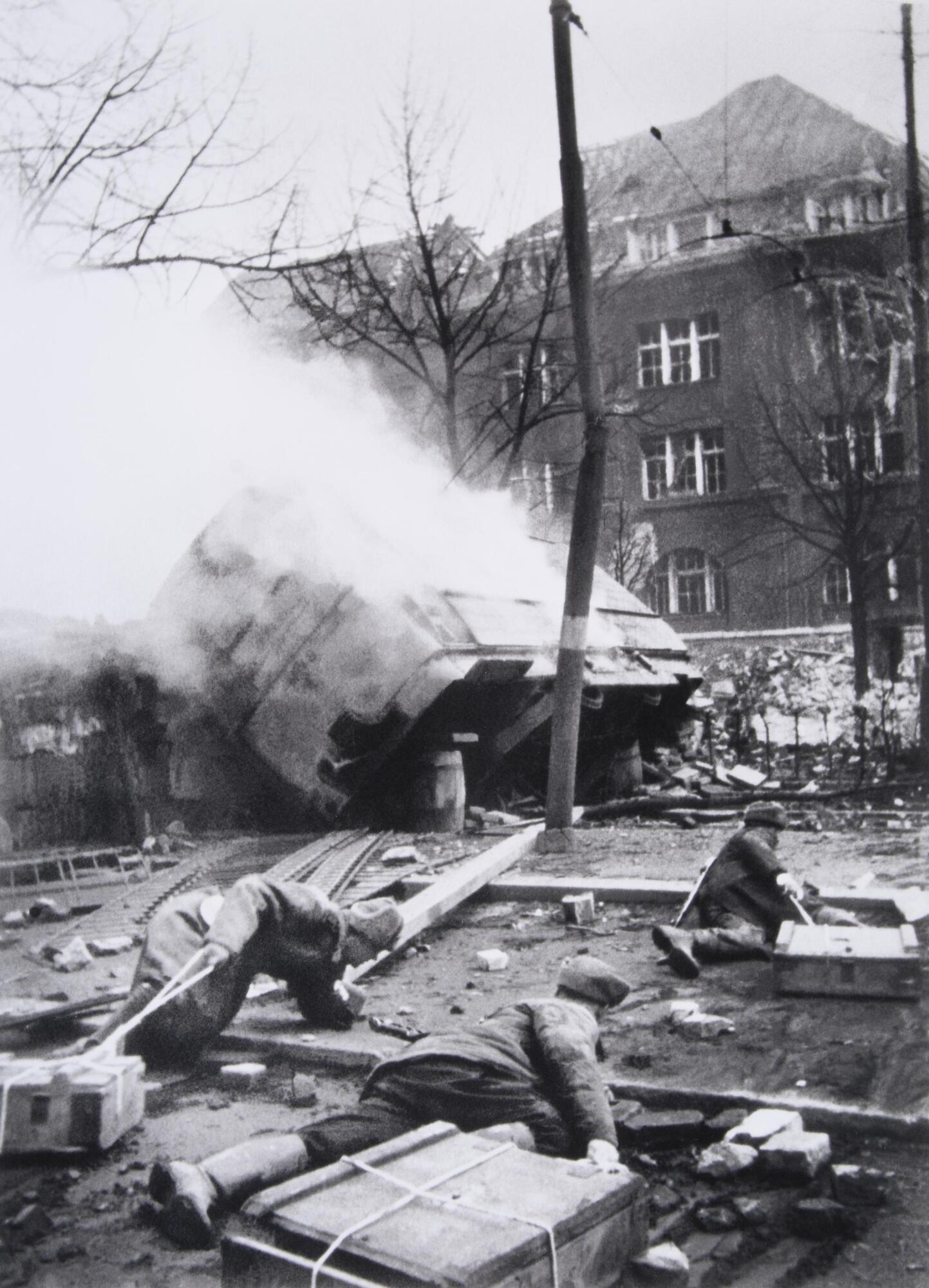 Subject matter
In this photograph, three anonymous Soviet soldiers—outfitted in winter combat wear—drag crates of supplies across a city street that has been evidently devastated by war. Though the enemy is unseen, their presence is felt as the figures in the image keep low to the ground to avoid being shot. The downward diagonal created by the smoke of the burning bus and the upward diagonal created by the bodies of these three crawling figures join together near the right edge of the photograph, which suggests the main action is taking place over there, somewhere just out of sight. This image forms part of Baltermants’s larger project (as an official photographer to the Kremlin) which, spread across numerous portfolios, aimed to document scenes from the Soviet Union’s fight against Nazi Germany during World War II (1939-1945), known in the USSR as the Great Patriotic War.

Physical Description
Three soldiers crawl across a city street littered with rubbled and burning vehicles while towing crates of supplies.