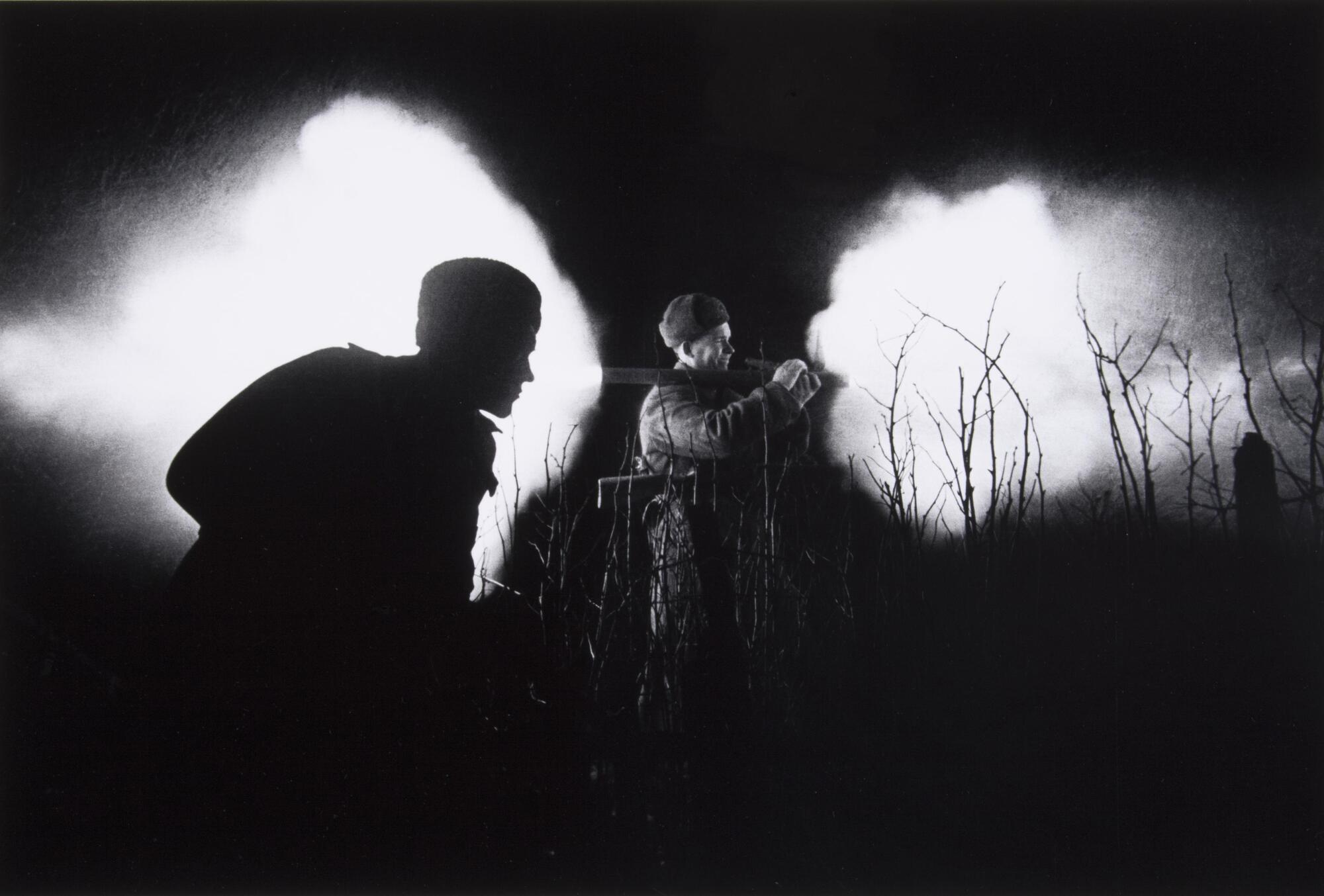 Subject matter
At the center of this photograph, a Soviet soldier fires off a panzerfaust—a type of early German personal rocket launcher—at night. This figure is barely visible amid the almost entirely black field of the photograph. Bright white smoke plumes emanate from both ends of the cylindrical weapon like pale butterfly wings. The pitch silhouette of another Soviet soldier is set in stark relief against one of these clouds of smoke. This image forms part of Baltermants’s larger project as an official photographer to the Kremlin which, spread across numerous portfolios, aimed to document scenes from the Soviet Union’s fight against Nazi Germany during World War II (1939-1945), known in the USSR as the Great Patriotic War.

Physical Description
A soldier fires off a panzerfaust at night; the silhouette of a second soldier is visible against the weapon's white smoke plume.