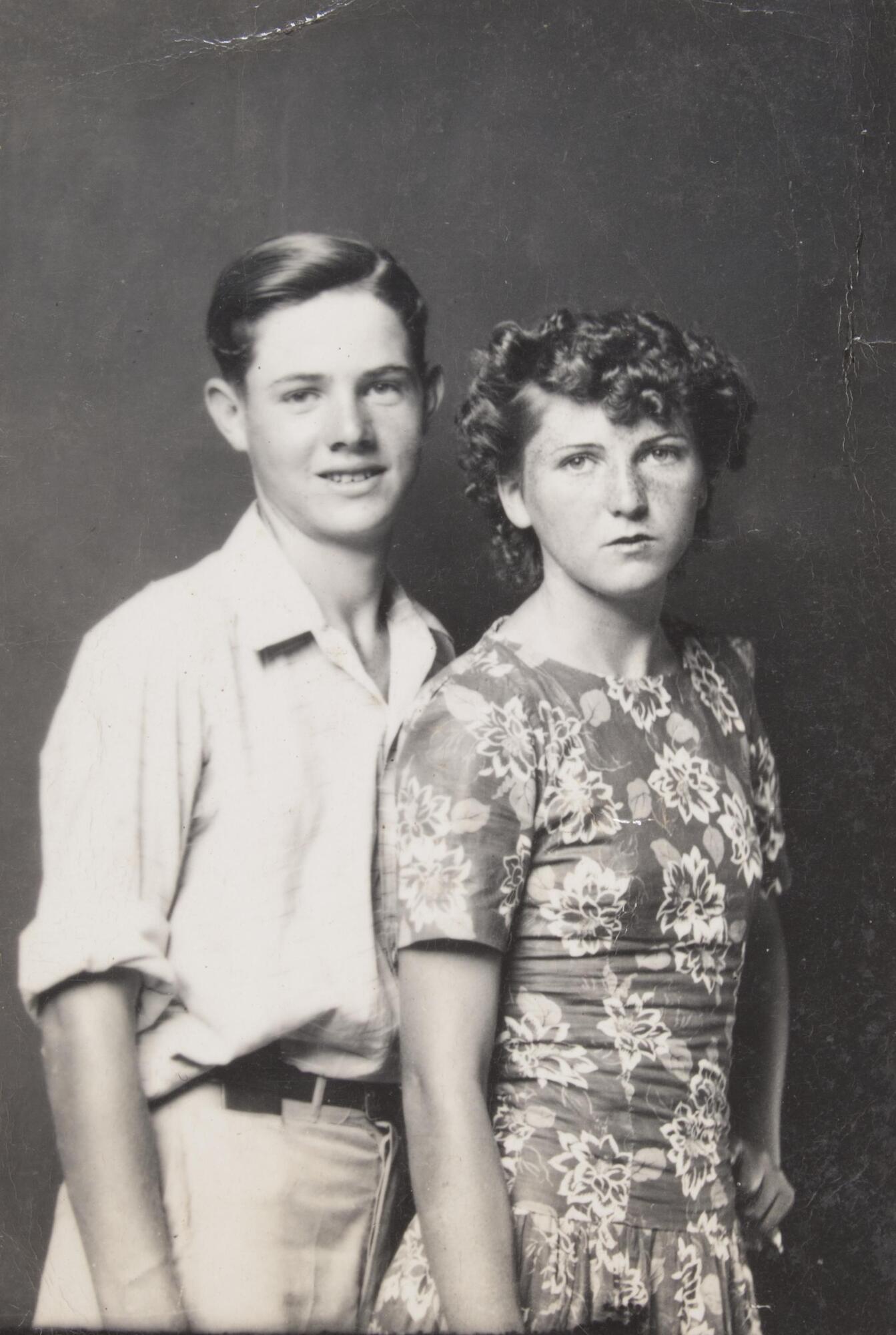 Physical Description
A portrait of a young man and woman standing next to one another. The young man wears a shirt, belt, and trousers. The young woman wears a floral dress.