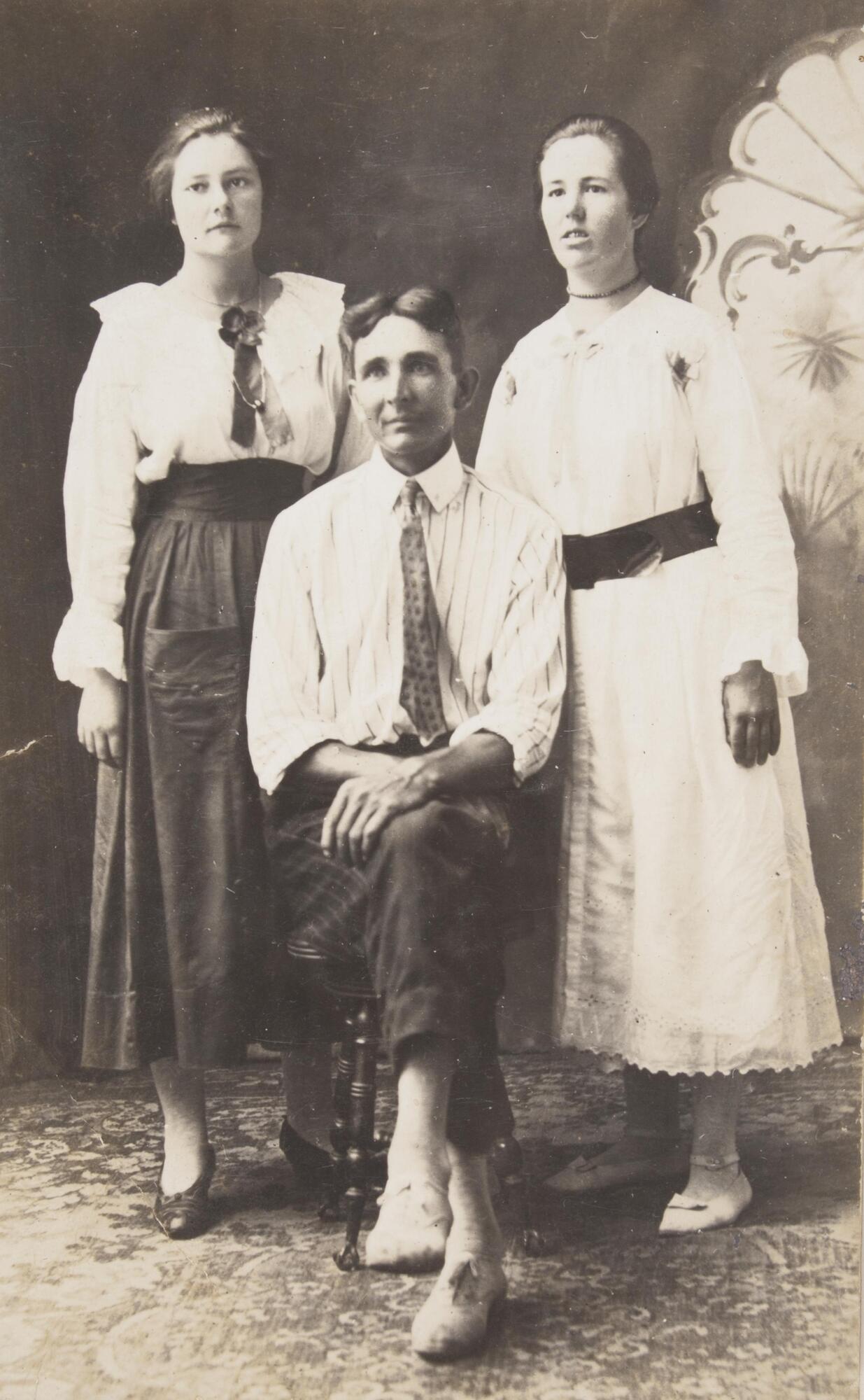 Physical Description
A portrait of three sitters in front of a large decorative shell motif. The two women stand on either side of the seated man, who wears a shirt, tie, trousers, and sits with his legs crossed. The women wear long skirts and dresses.