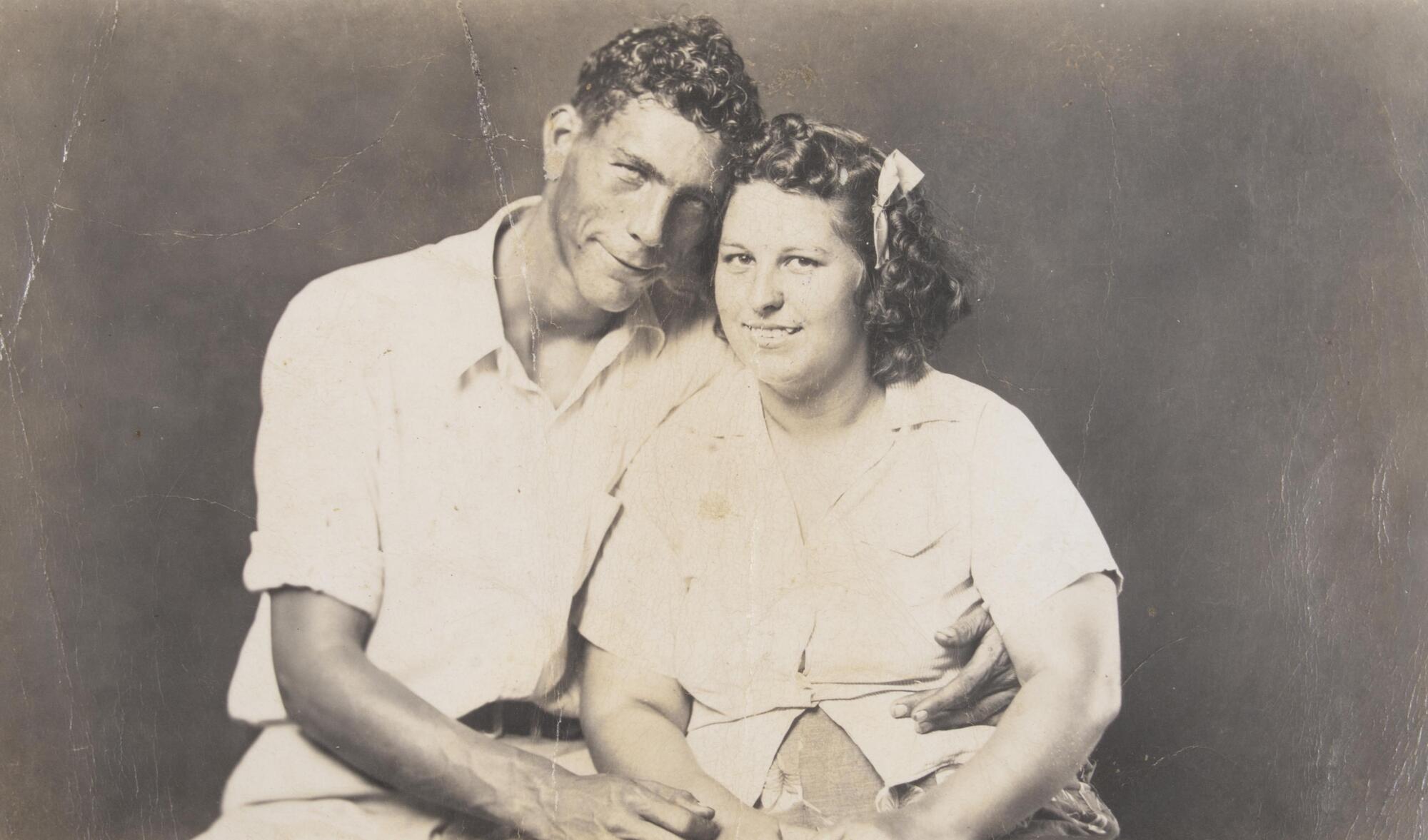 Physical Description
A portrait of a seated couple. A man sits on the left, his arm around a woman to the right. She wears a ribbon in her hair. Both wear light-colored, short-sleeved shirts.