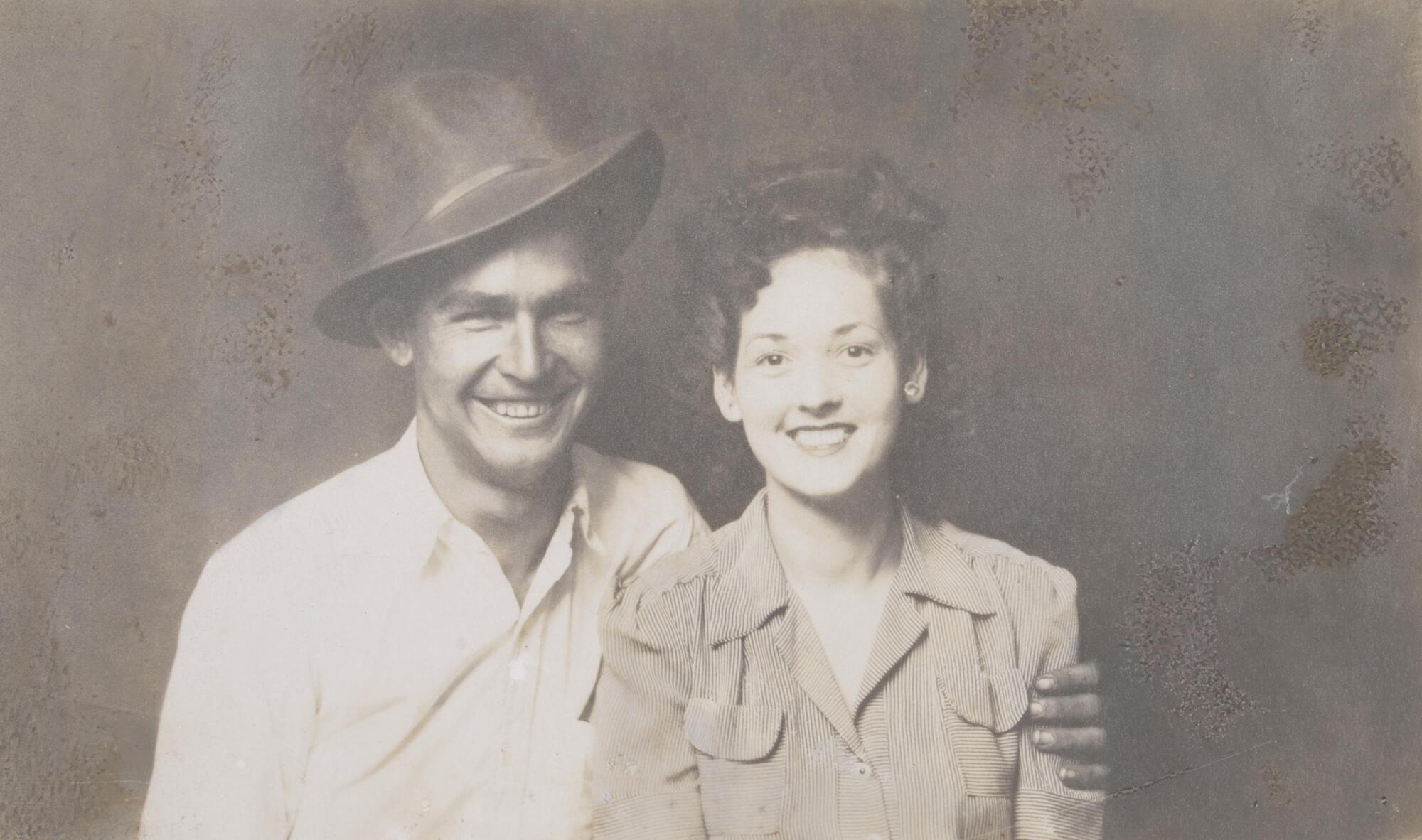 Physical Description
A bust portrait of a couple. On the left, a man smiles, wearing a hat and button-up, long-sleeved shirt. He places his arm around the woman sitting to the right. She smiles, wearing a striped, collared dress.