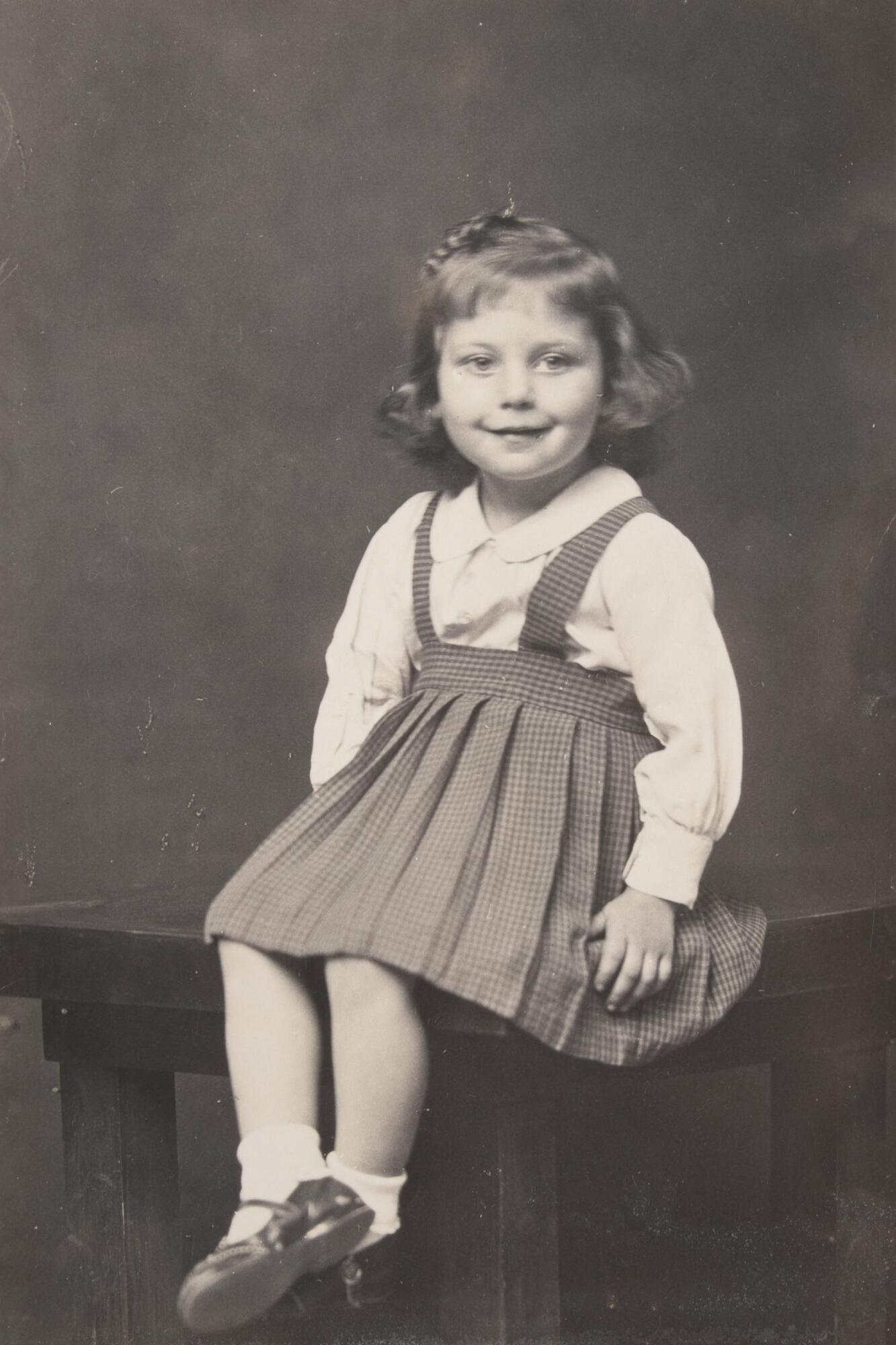 Physical Description
A portrait of a young girl sitting on the edge of a table. She wears a checkered jumper and light, long-sleeved blouse with socks and shoes.