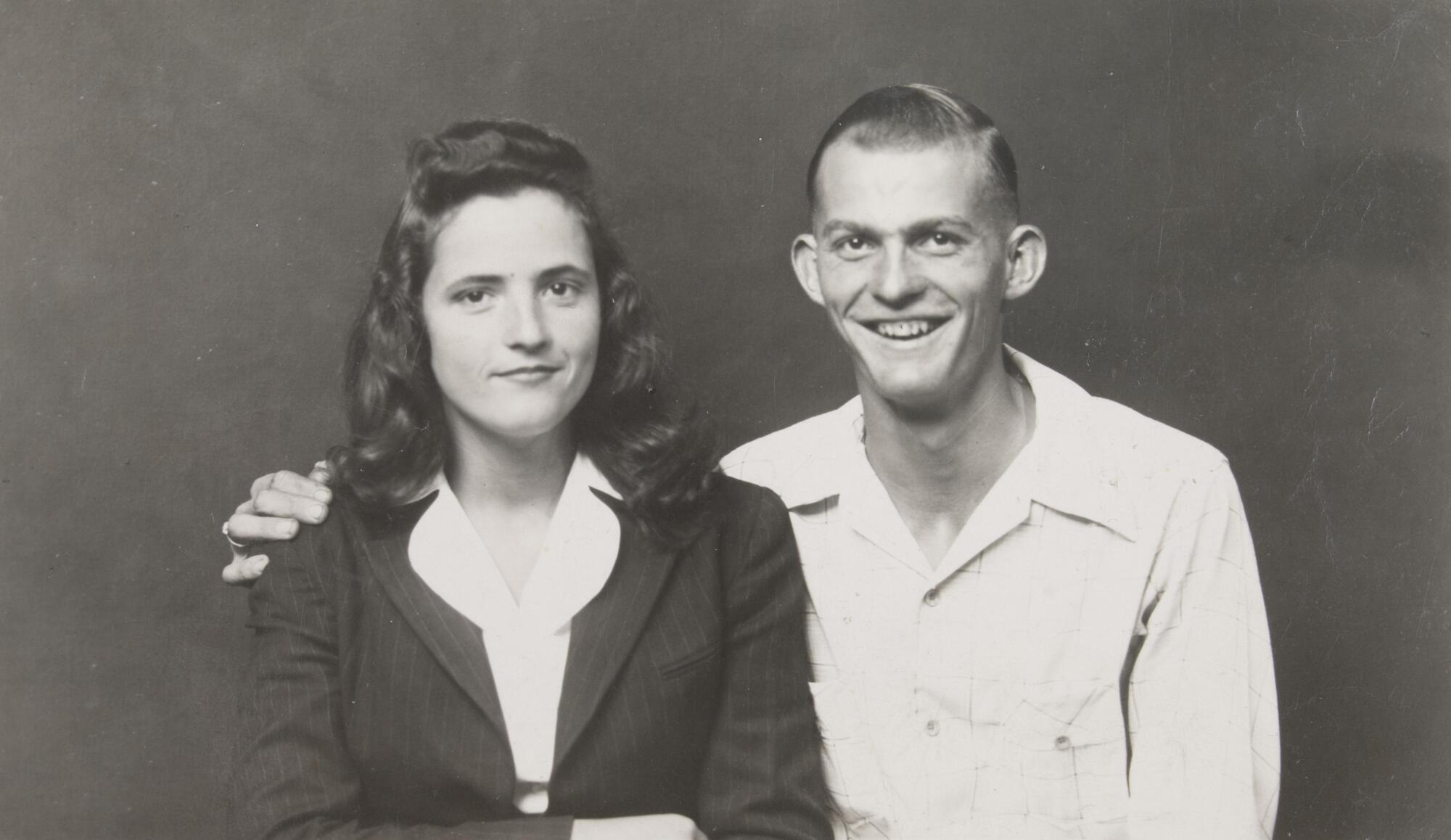 Physical Description
A bust-length portrait of a couple. On the left, a woman in a dark jacket and collared blouse poses with her arms crossed, smiling at the camera. The man on the right wears a light-collared shirt and smiles widely with his arm around the woman.