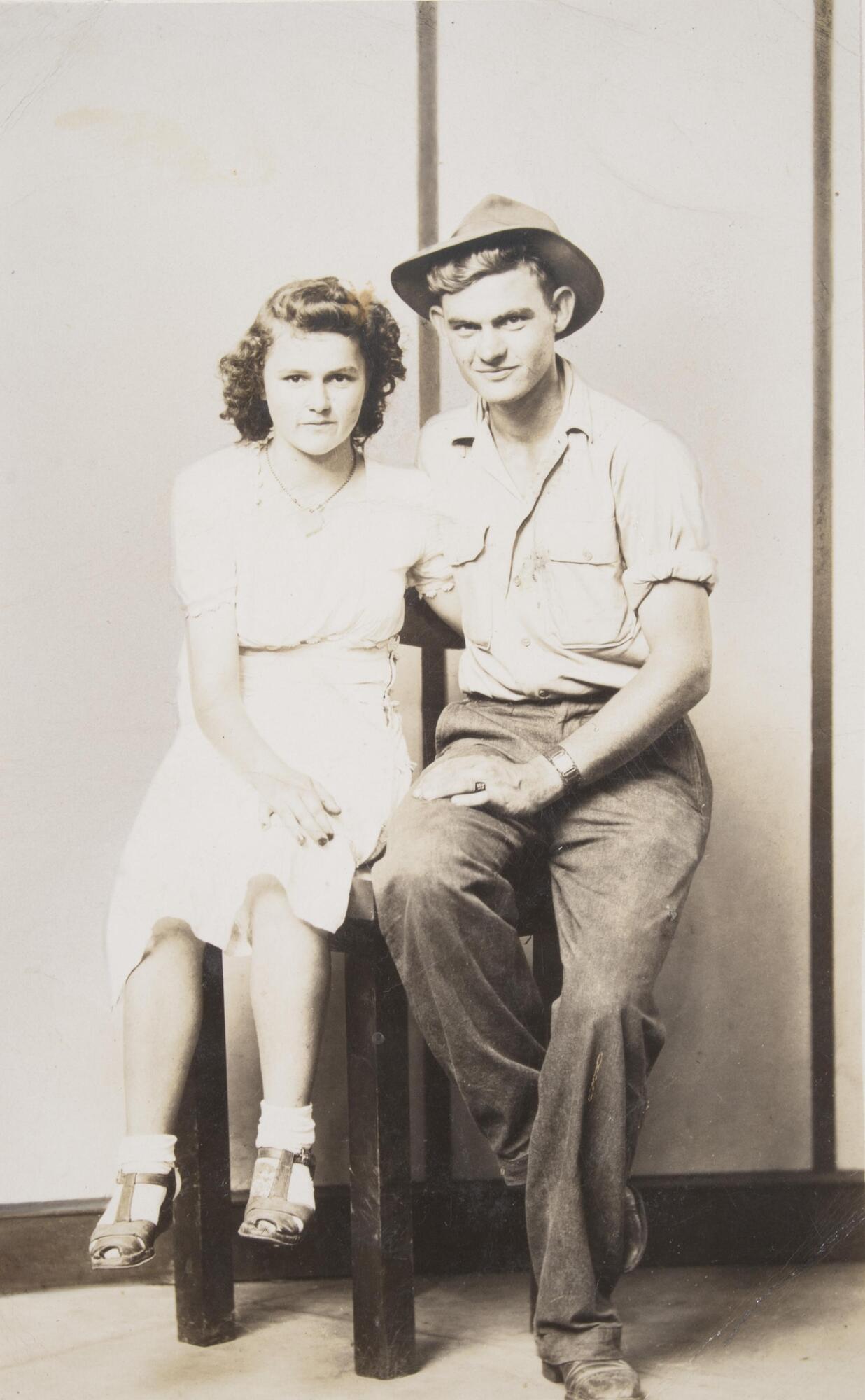 Physical Description
A couple seated in front of a striped backdrop with their arms around one another. A woman sits on the left, wearing a light dress, her feet hovering above the ground. A man sits on the right, wearing trousers, a light short-sleeved shirt, and hat.