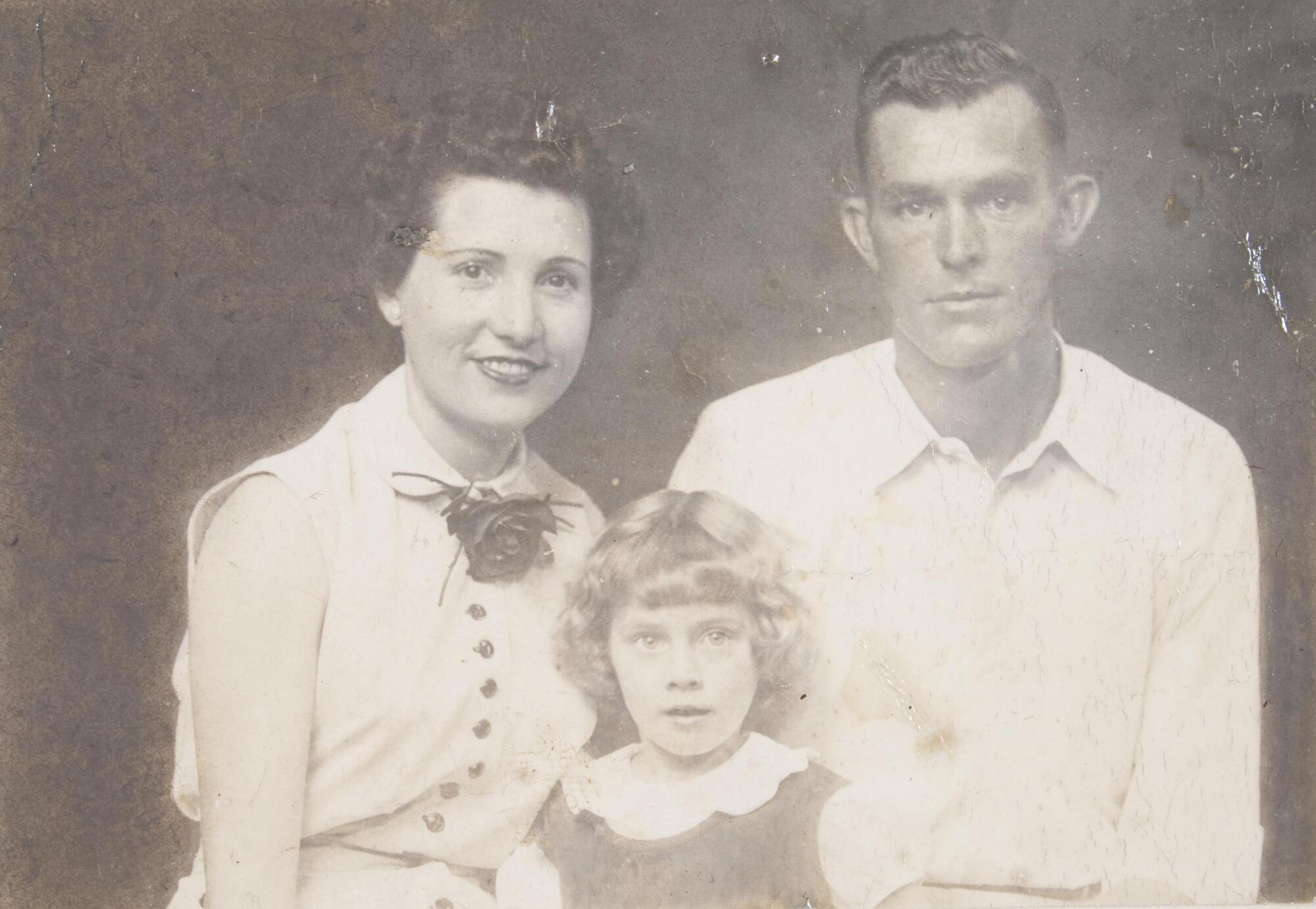 Physical Description
A family portrait of three people against a dark backdrop. A woman sits on the left, and a man on the right. A young girl sits in between them.