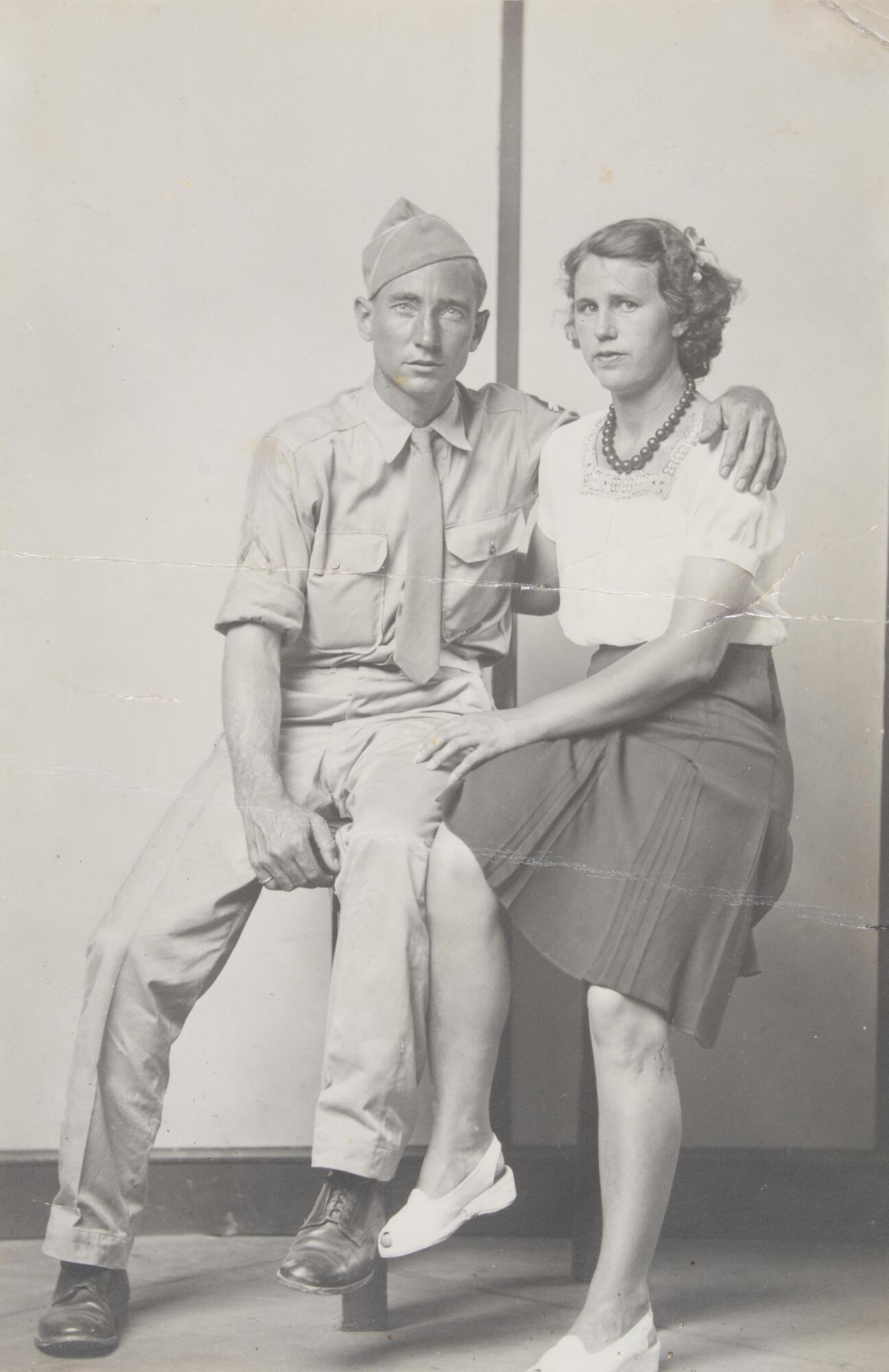 Physical Description
A portrait of a seated couple against a wall with a single stripe in the center of the composition. The man, sitting on the left, wears a military uniform and has his arm around the woman's shoulder.