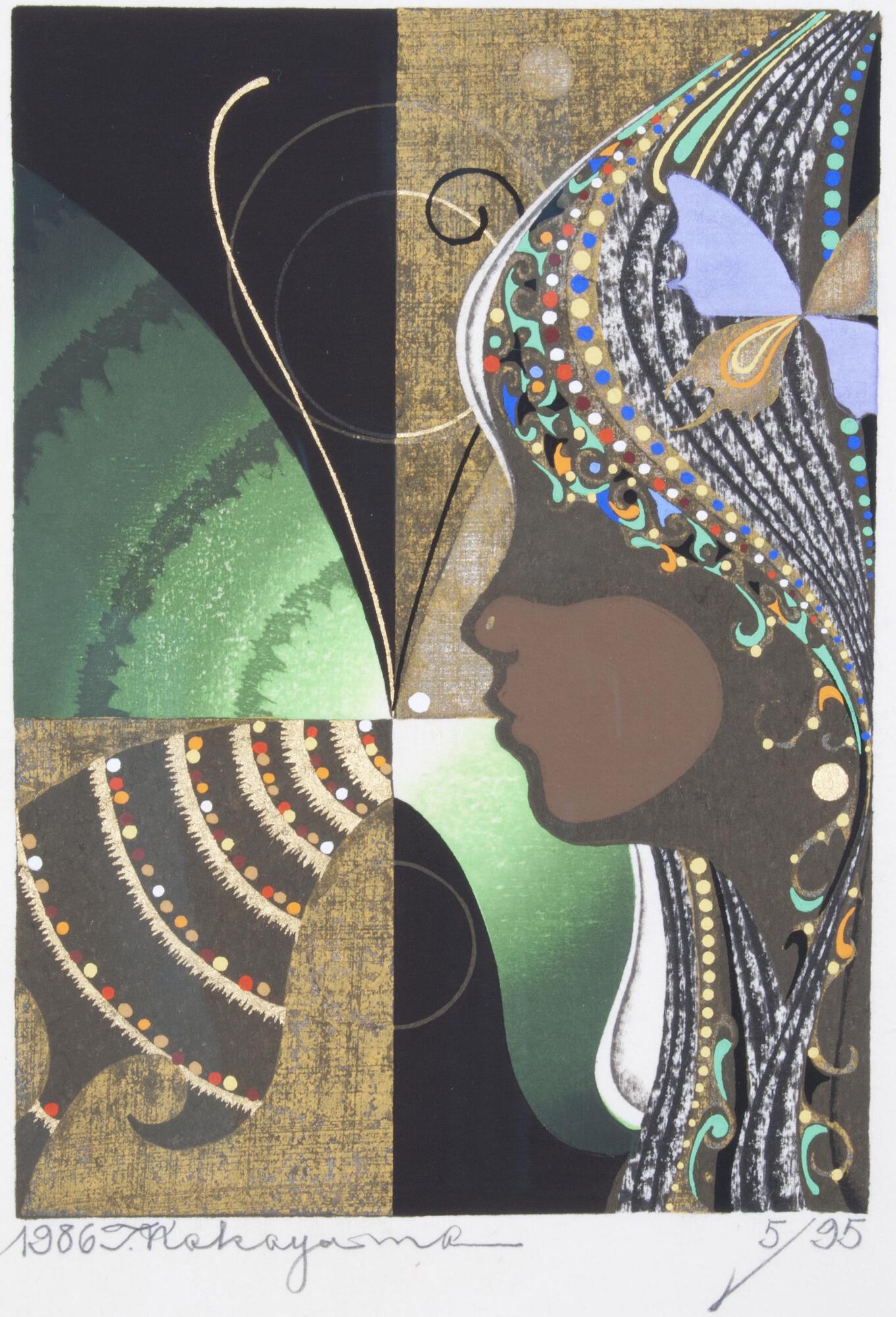 Physical Description
A girl with her head and body in profile, her black hair is highlighted with white stripes and green, blue, orange, and red dots, and green, black, and yellow curls. There is a periwinkle and orange butterfly in her hair. The background is broken into four squares, two black, two gold with four sections of butterfly wings in each section; green wings are in the black sections, a tan wing is in a gold section, and a brown wing decorated with gold stripes and orange, red, brown and white rows of dots is in the other gold section.