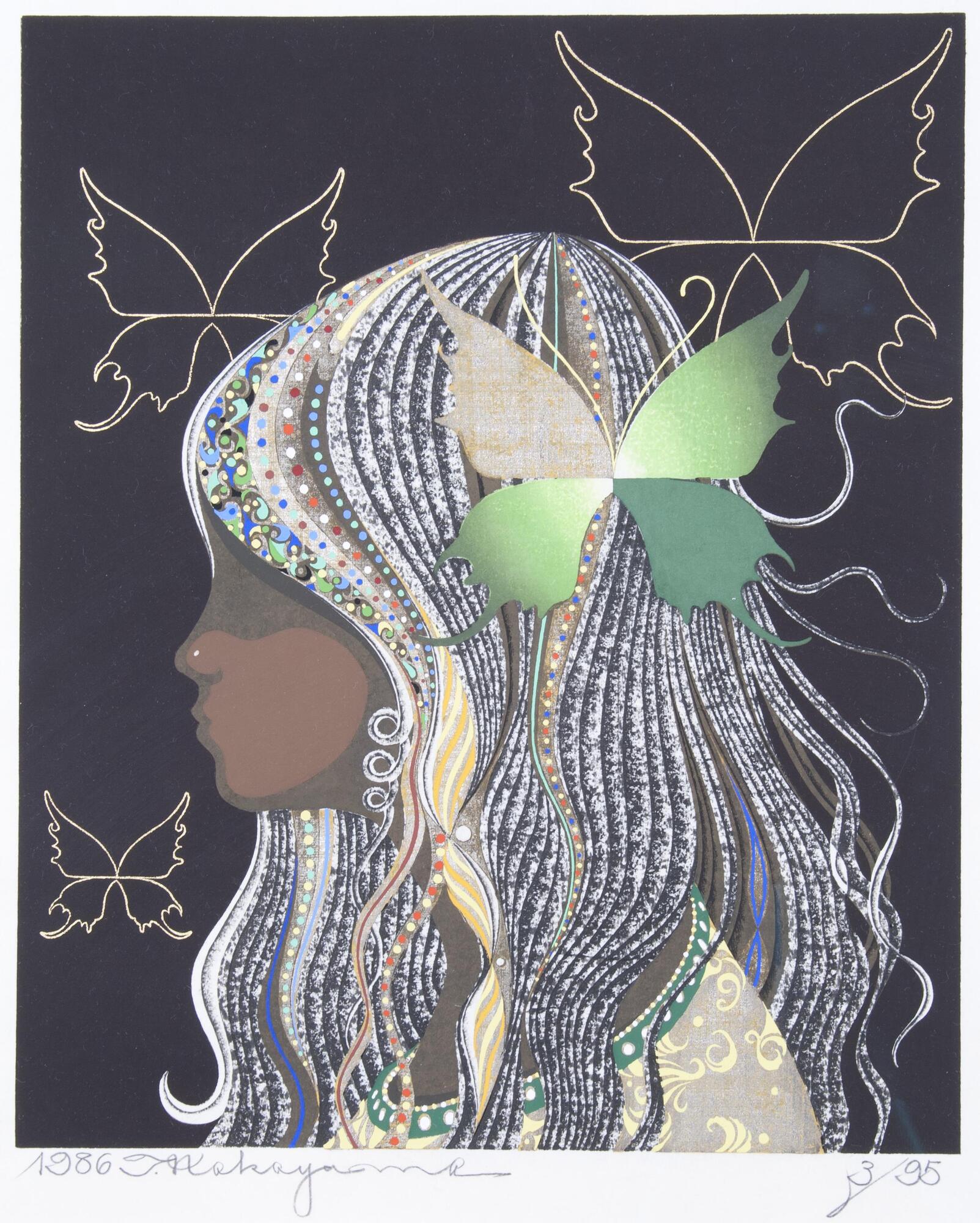 Physical Description
A girl with her head and body in profile, her black hair is highlighted with white, orange, green, blue, and red strands and columns of dots,. She is wearing white patterned clothing with a green collar. In her hair is a light green, dark green, and white butterfly. There are three other outlines of butterlfies against the black background.