Cho to toranpetto (Girl and Trumpet) 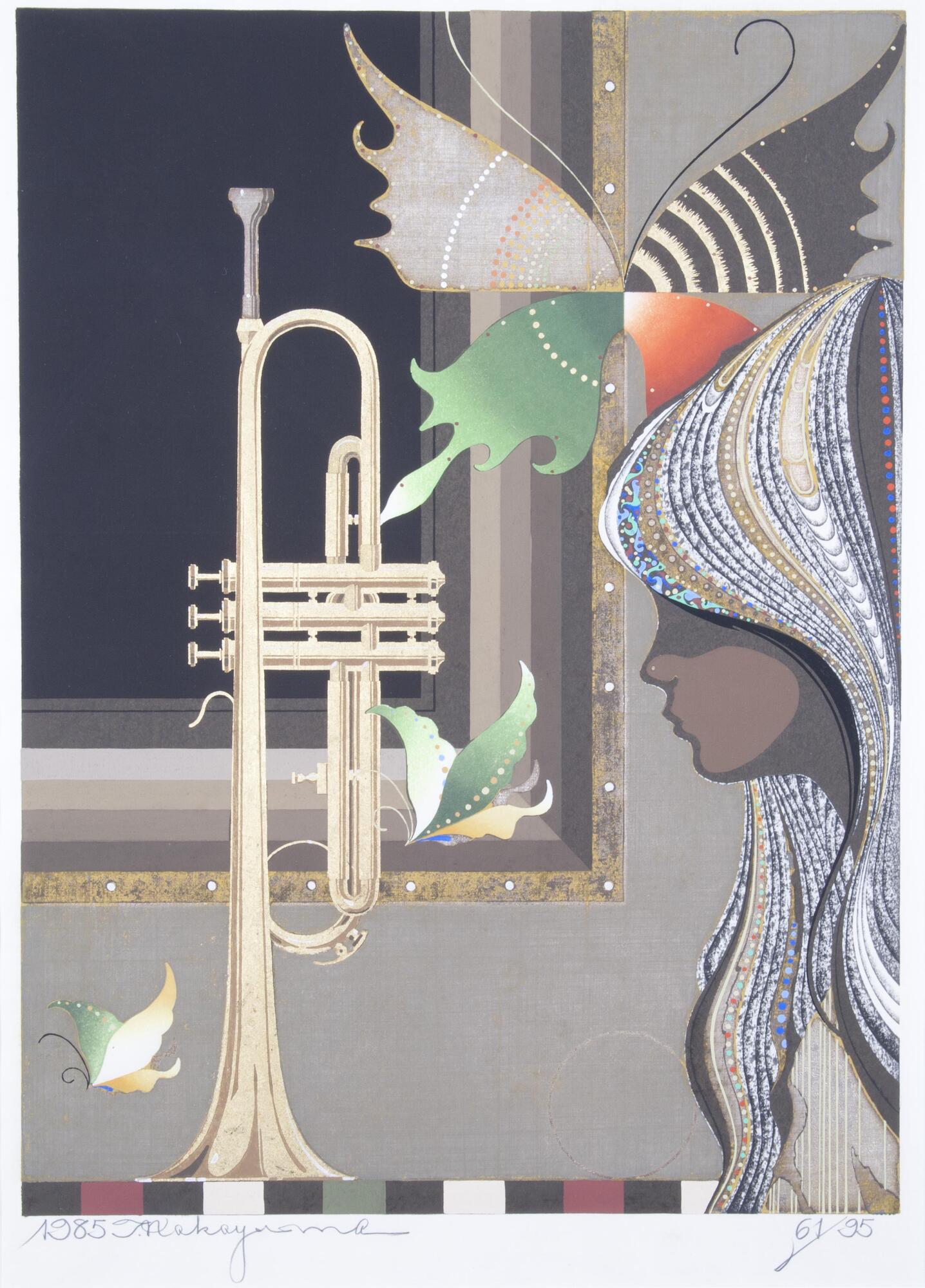 Physical Description
A girl with her head and body in profile, her black hair is highlighted with white and gold strands and red, blue and gold columns of dots. She is wearing a brown and tan shirt. The background shows that she is in a roon with a large window taking up most of the wall. In front of the window is a trumpet standing on its bell. Behind her head is a white, black, green and red butterfly decorated with stripes and rows of dots. Surrounding the trumpet are two green, yellow and white butterflies in flight.