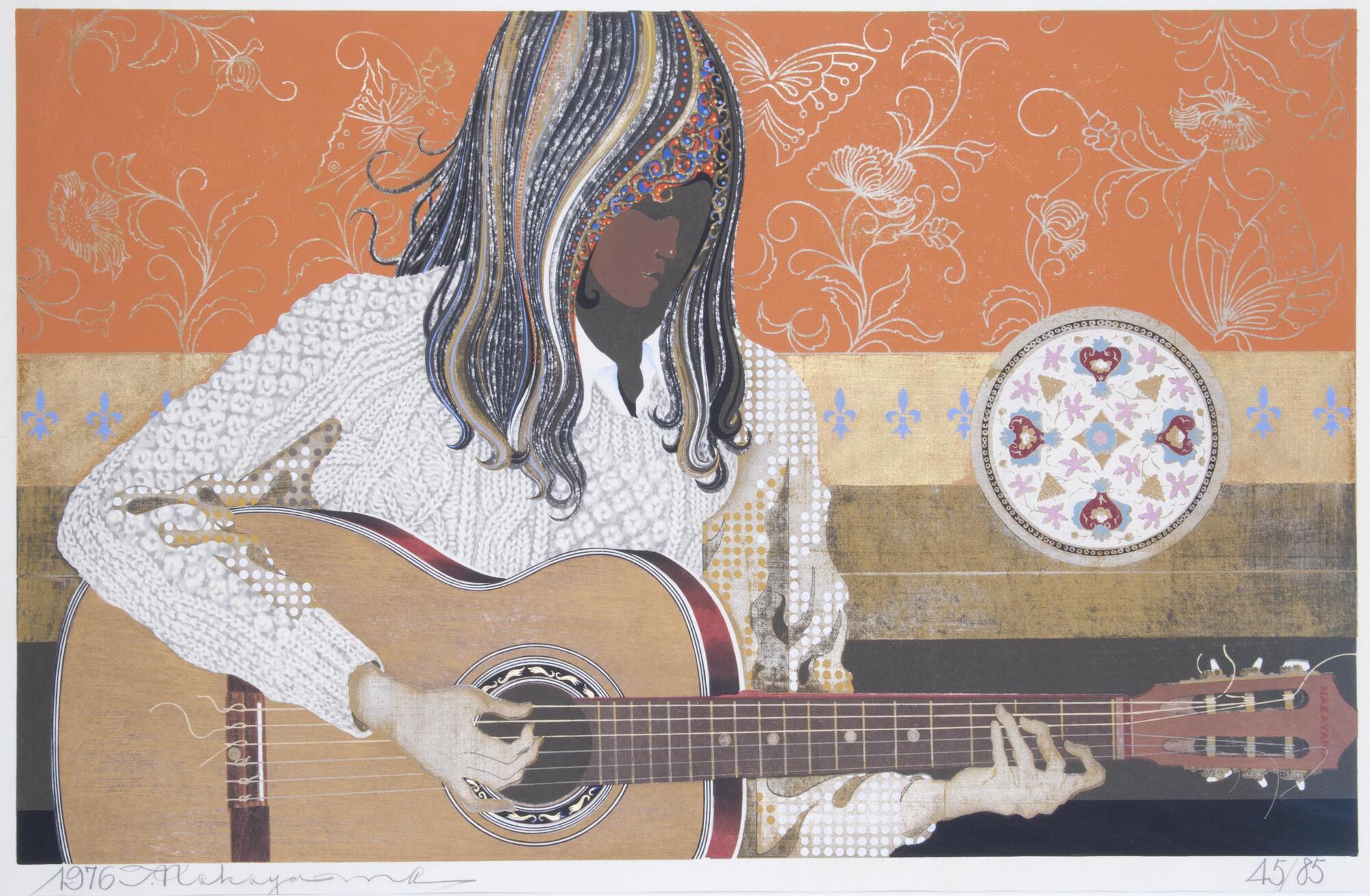 Physical Description
A girl is sitting with her head lowered playing a brown guitar on her lap. Her black hair is highlighted with white, gold, and red strands, red and blue columns of dots, and red and blue dots that form curls and border her face. She is wearing a white knitted sweater. The wall behind her has orange, yellow, gold, and brown horizontal stripes. The orange part of the wall has butterfly and floral designs.