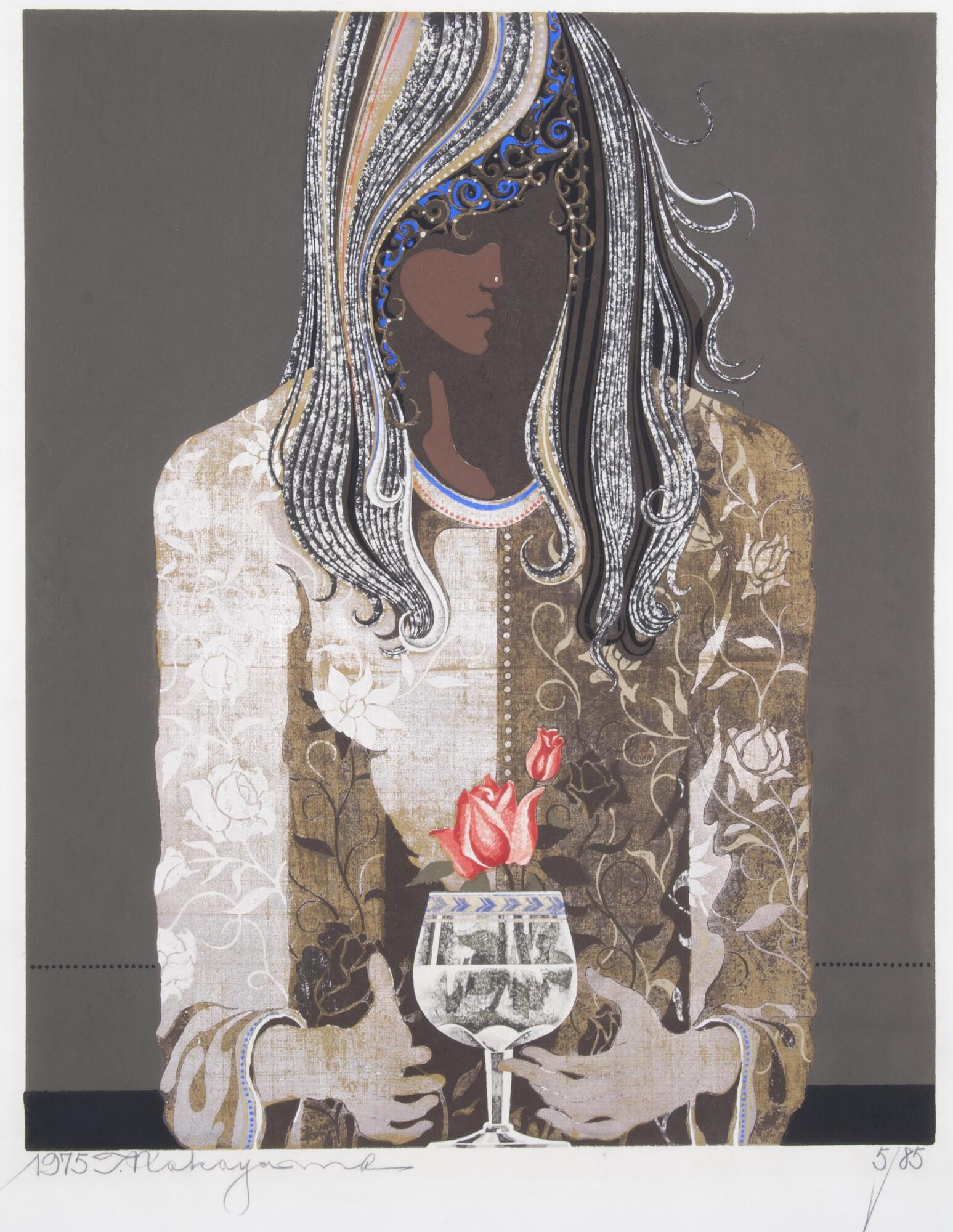 Physical Description
A portrait of a girl. Her black hair is highlighted with white, tan, and red strands, blue and brown curls line the outside of her face. She is looking down at a wine glass with two red roses poping from the top. She is wearing a white and brown long sleeved shirt with floral designs and her hands are in front of her surrounding the glass.