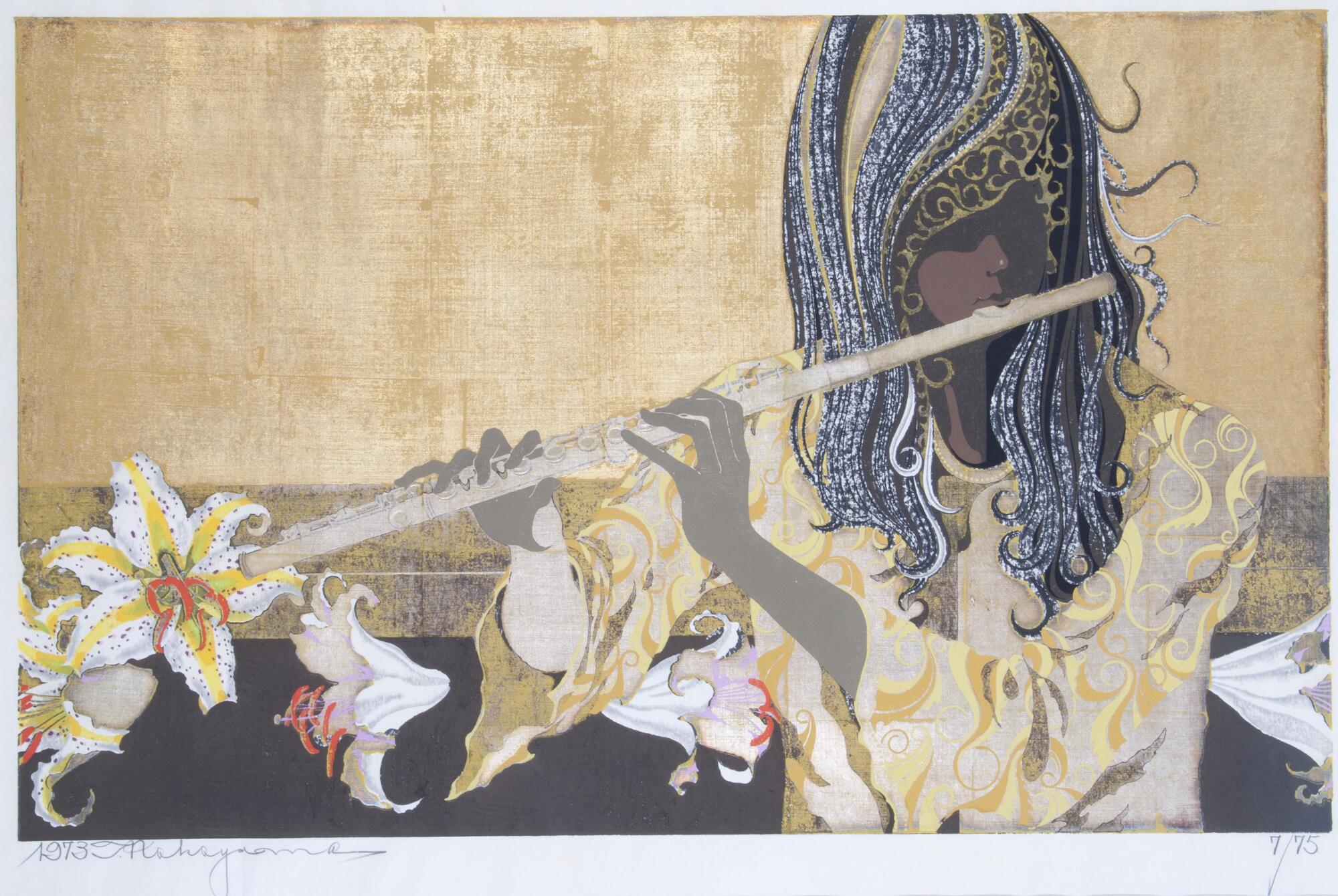 Physical Description
A girl with her arms streached to the side playing the flute. Her hair is highlighted with white and gold stands, her face is bordered with gold curls. She is wearing a long-sleeved white shirt with orange, yellow, and brown curvy patterns. Surrounding her are white and yellow lillies without stems.