Neko no iru gogo (Afternoon with a Cat) 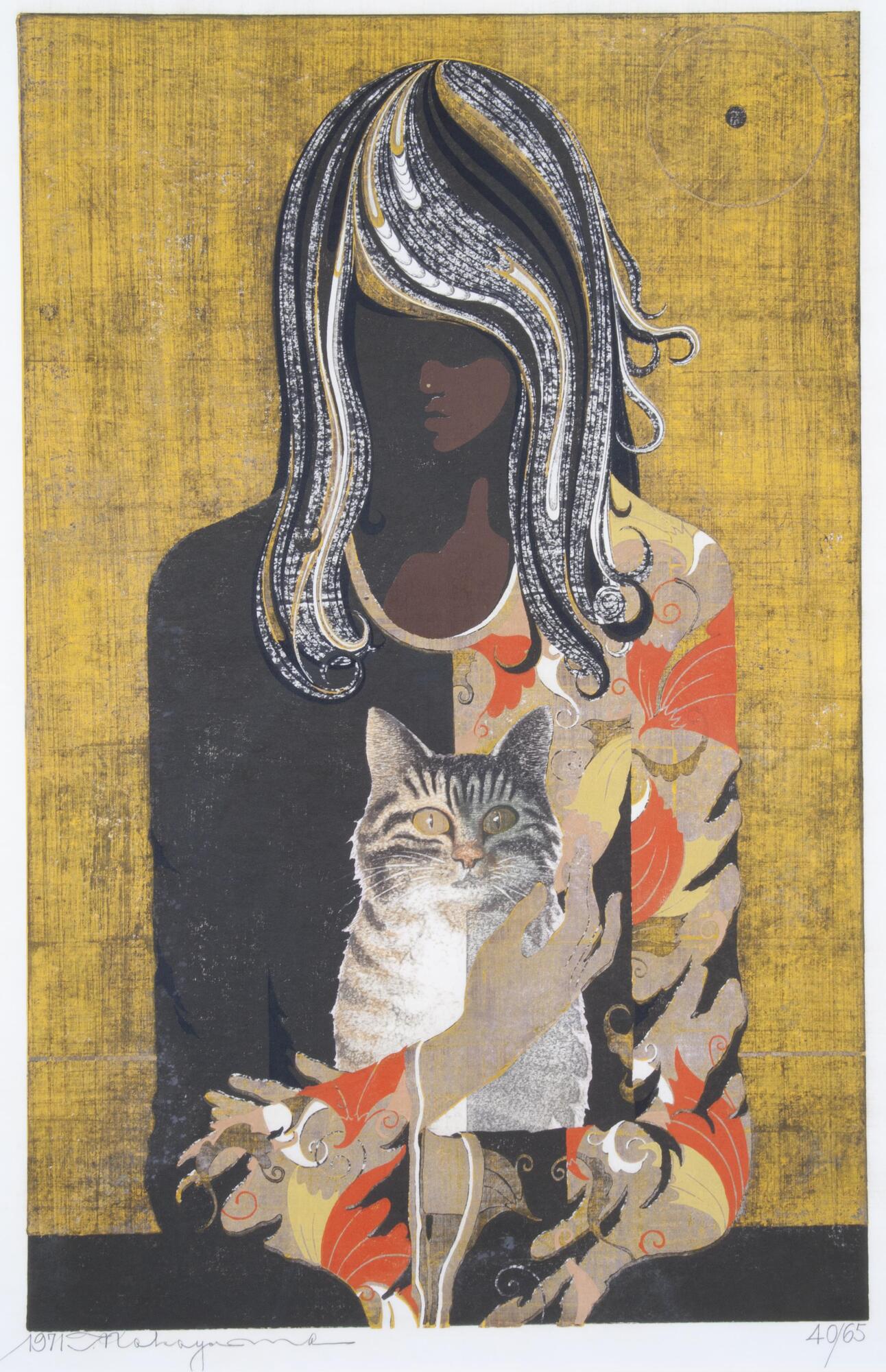 Title
Neko no iru gogo (Afternoon with a Cat)

Physical Description
A girl is sitting with her head lowerd holding a cat in her lap. Her brown hair is highlighted with white and gold strands. She is wearing a shirt, one half is brown the other is tan with orange and yellow floral decorations. The background is gold.