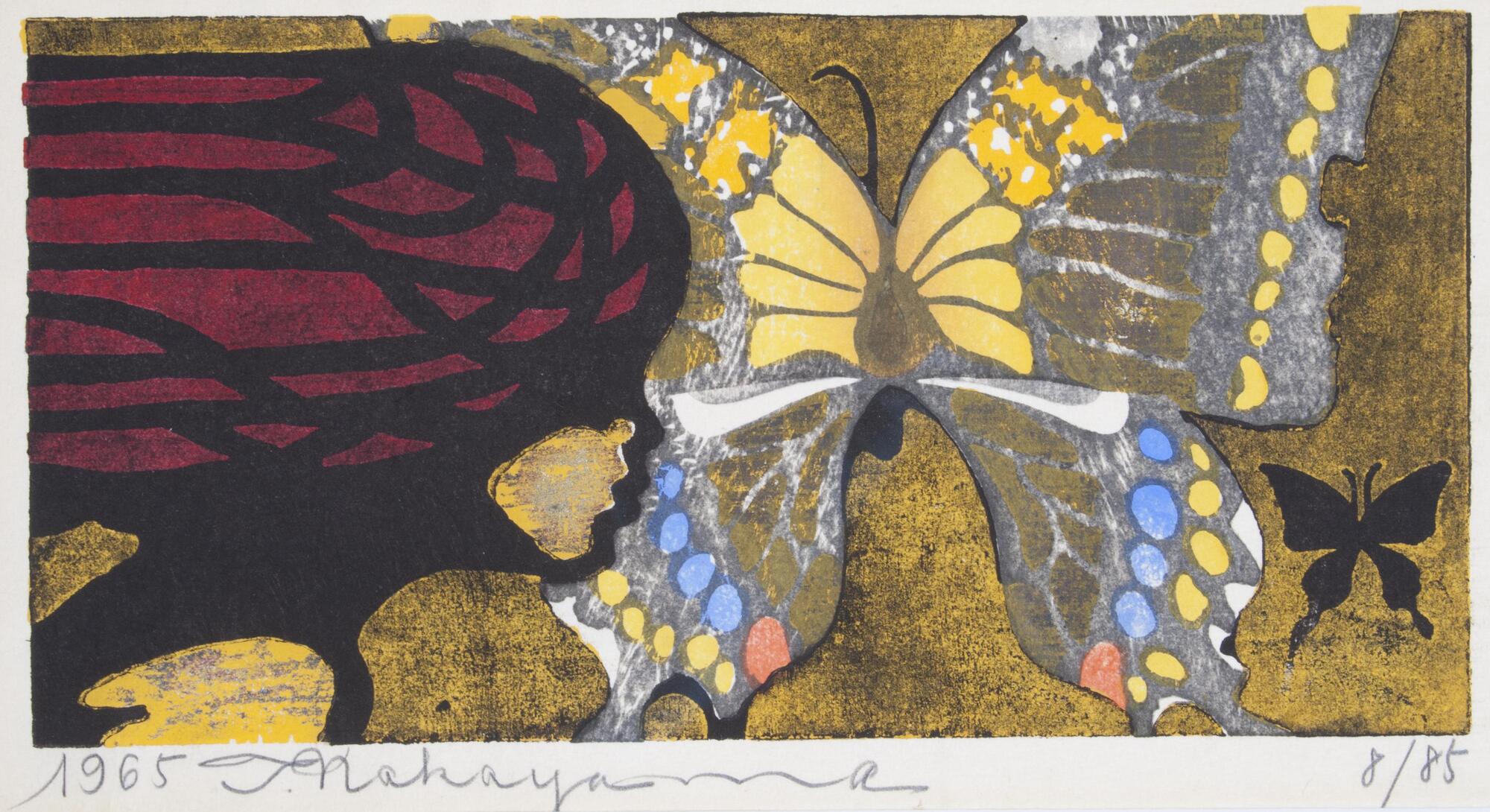 Physical Description
A girl with her head and body in profile, with her head stretched in front of her body and hair flowing behind her; her hair is an abstract design of red and black. In front of her is a giant brown, yellow, and blue butterfly, with a smaller black butterfly next to it.