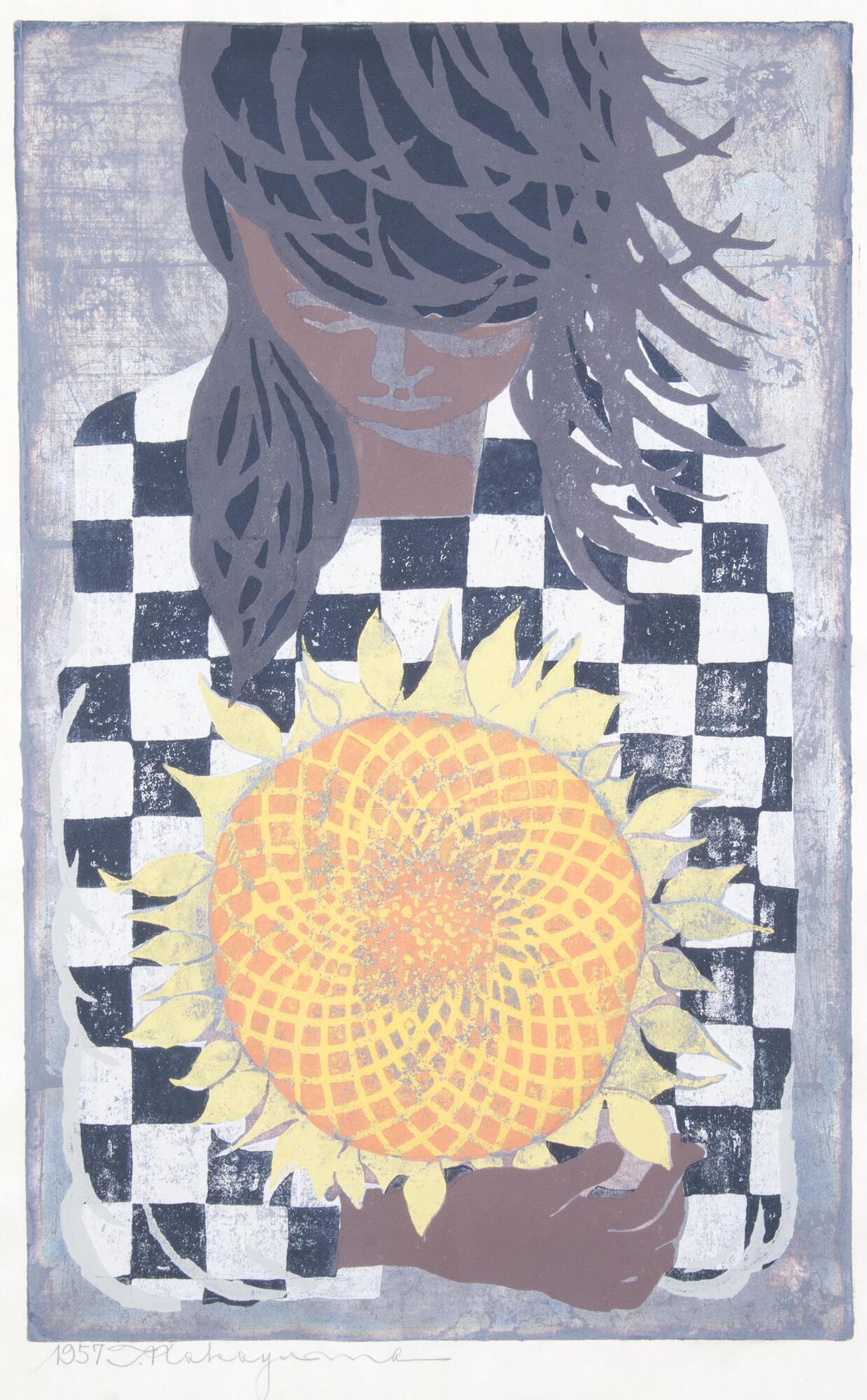 Physical Description
A portrait of a girl wearing a black and white checkered shirt, looking down at the sunflower she is holding in her crossed arms.