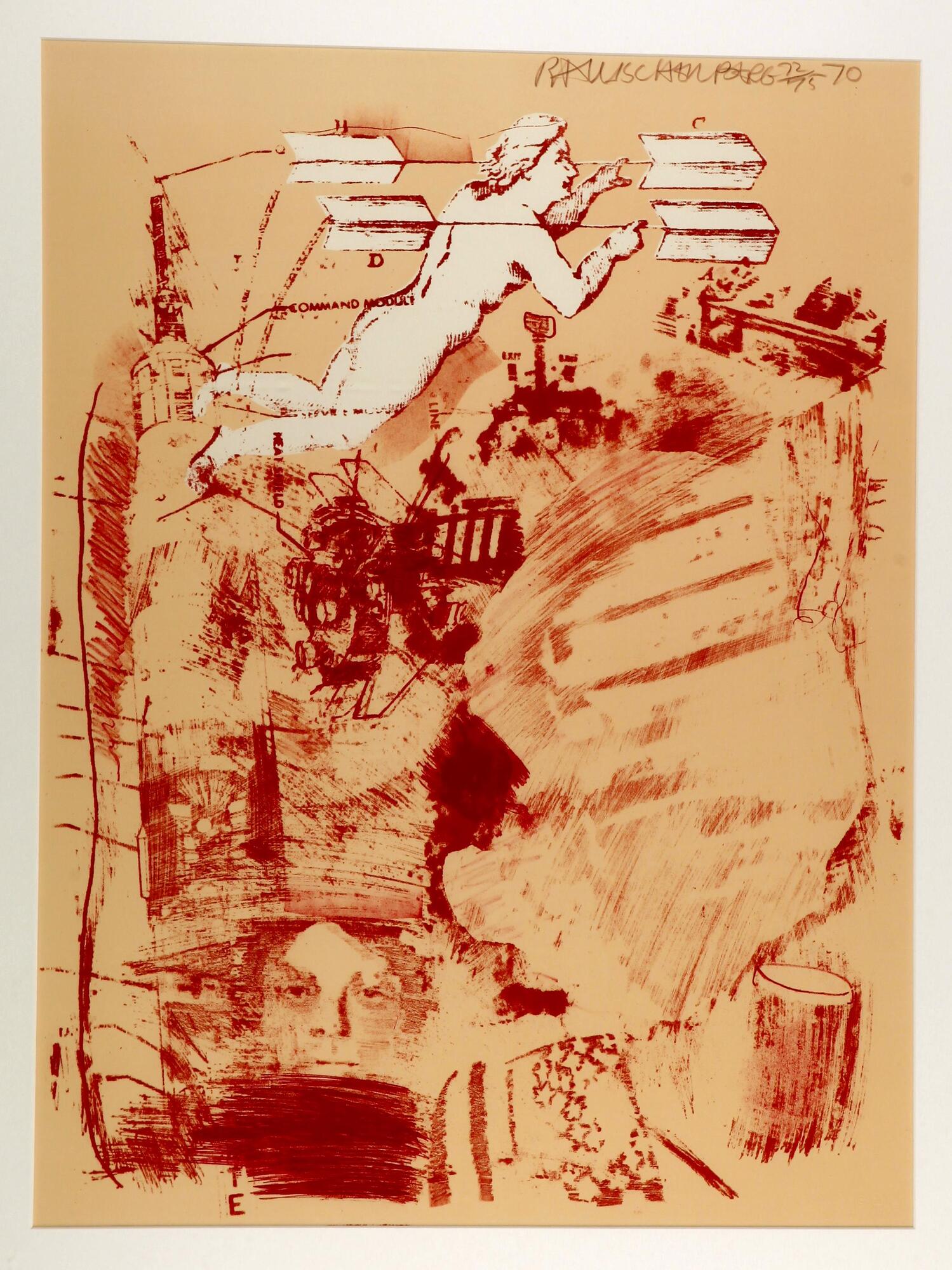 Subject matter
After being invited by the National Aeronautics and Space Administration (NASA) to watch the launch of Apollo 11 in 1969, Rauschenberg created a number of works related to this experience and the concept of man landing on the moon. This is one of thirty-four lithographs and nineteen drawings and collages in this series, intended for a book called "Stone Moon Book".

In this layered print, Rauschenberg mixed iconic American symbols like the American flag and a space shuttle with a cupid like figure, perhaps a stand-in for an astronaut. The wings on his arrows are lettered, A, B, C, D, similar to the diagramming of the space rocket. This is typical of Rauschenberg in its combination of found images and photographs to create a collage effect.

Physical Description
This color lithograph depicts images of an old fashioned space shuttle, a man hanging on to two arrows, a face, and the American flag. Done in red and white ink with beige paper. The print is signed, editioned and dated in pencil (u.r.r) "RAUSCHENBERG  72/75  70".