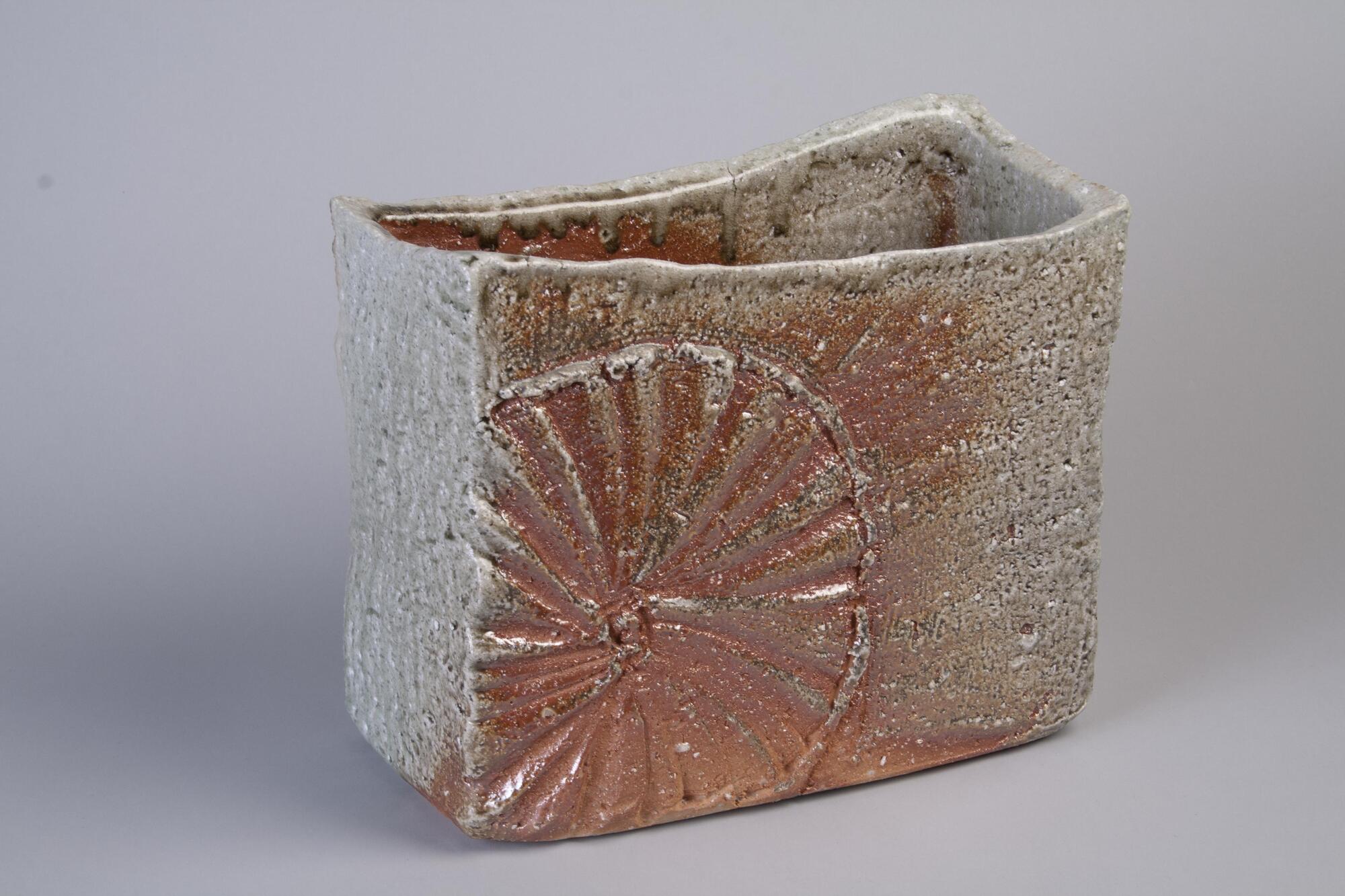 Label copy
The only woman artist in this exhibition, Kôyama Kiyoko’s life and career is an eloquent testimony to what female potters have struggled for and accomplished in Japan. Kôyama, like many other women, started as a painter who drew designs on pottery. Despite a lack of support and financial difficulties caused by her divorce from Kôyama Yasuhisa, whose work is also on display, she was determined to recreate a historic translucent green-white glaze using unpredictable natural ash glazes. Today she is considered one of the leading Shigaraki potters both nationally and internationally.
The silvery color on this angular vase is the result of mineral components in the clay. It is achieved through a technique, called luster, that is exceptionally difficult to master. Though it was commonly used in eleventh- to thirteenth-century Persia, it had almost vanished from practice in the contemporary period.
(Turning Point exhibition, Spring 2010)

Subject matter
This is a vase. The artist, Koyama Kyoko, struggled as a female potter in a trade dominated by male artists. She received recognition when she discovered a way to revive the forgotten techinique of natural ash glazes, which are commonly used in her work.

Physical Description
This rectangular vase is decorated in one corber with a wheel or foral design carved into the clay. The opening edges of the vase are not straight, but asymmetrical. The natural ash glaze decorates the vase with varyig shades of gray.