Tea pot from a tea service 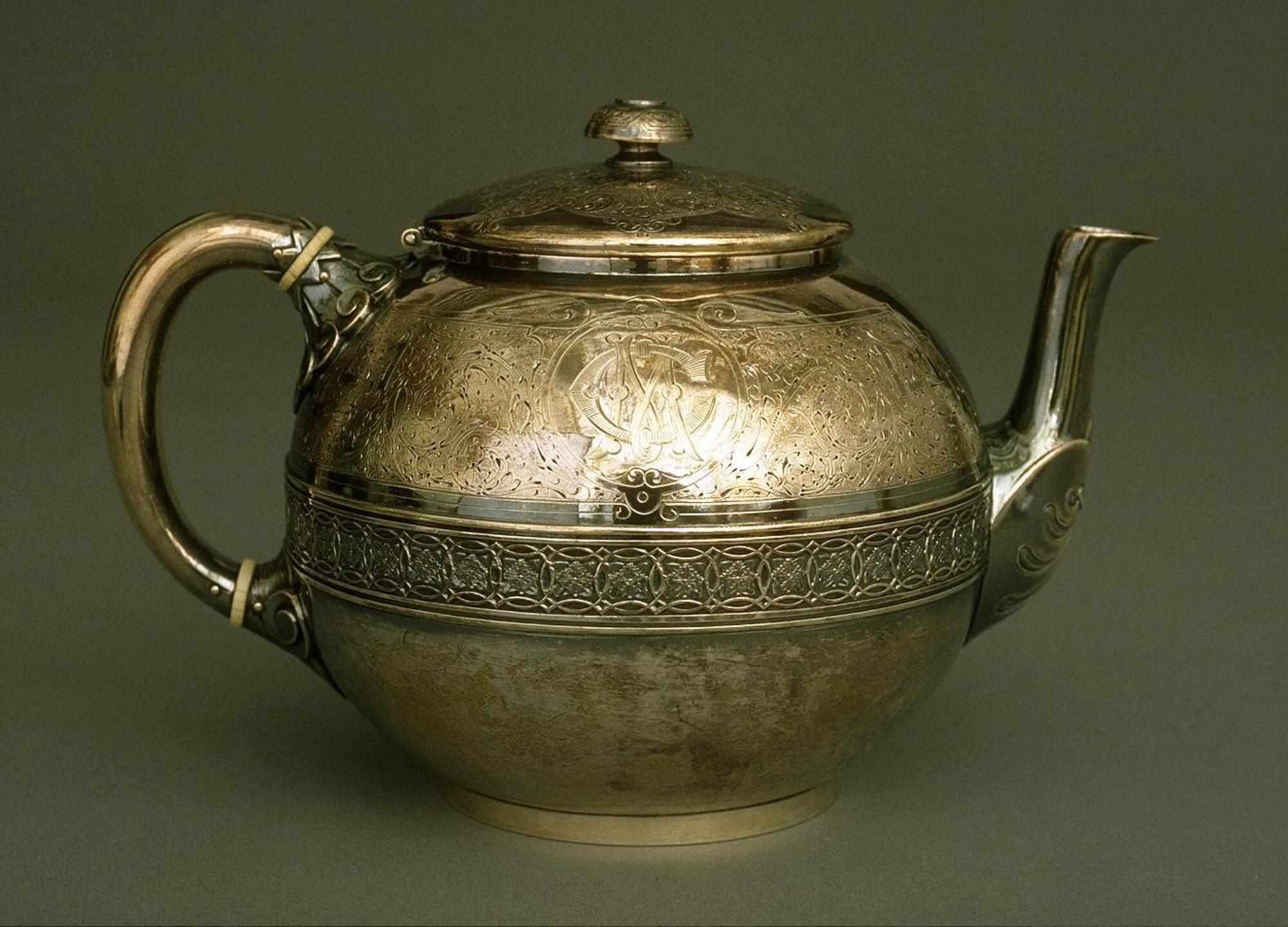 Physical Description
Silver teapot-shaped vessel with lid, handle, and spout and a band of decoration around center of the body