Illustration to "Beneath the Wrinkle" 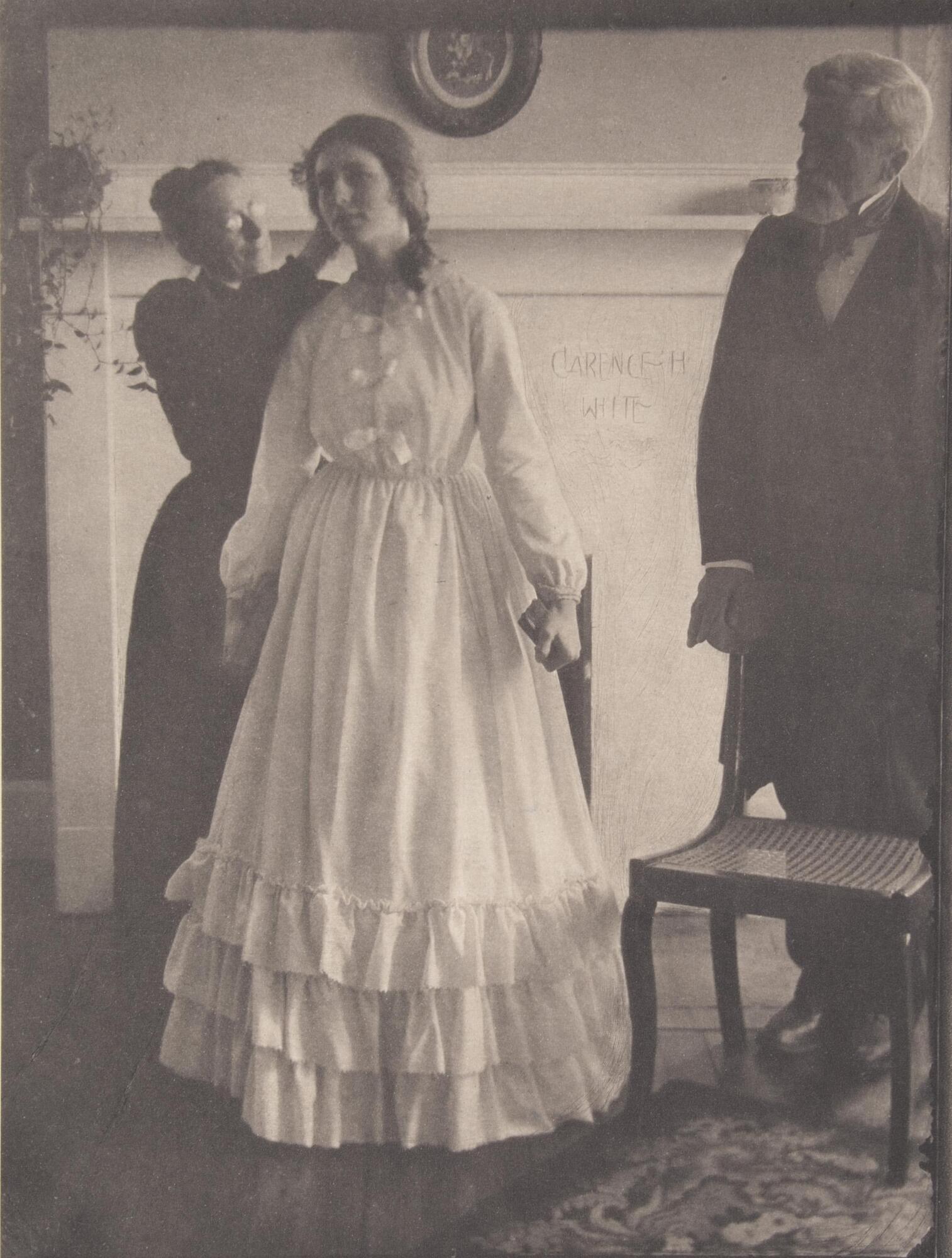 Title
Illustration to "Beneath the Wrinkle"

Subject matter
This image depicts a scene from "Beneath the Wrinkle," by Clara Morris. In the story, the young woman waits for her wedding, though her suitor never appears. In this particular image, White illustrates the minister's wife pinning a flower in the hair of the young bride, while the minister, on the right side of the image, anxiously waits for the groom to arrive. He places his hands on the back of an empty chair while his wife tends to the bride's hair. The young woman wears a white wedding gown, while the minister and his wife wear dark, formal clothing. Behind the three figures is a mantel with a circular frame above it. Between the young woman and the man White has etched "Clarence H White" over the white space of the wall.

Physical Description
This image depicts three figures standing indoors. One woman stands to the left, pinning the hair of the young woman standing left of center. A man stands on the right side of the image with his hands on the back of an empty chair while looking toward the two women.