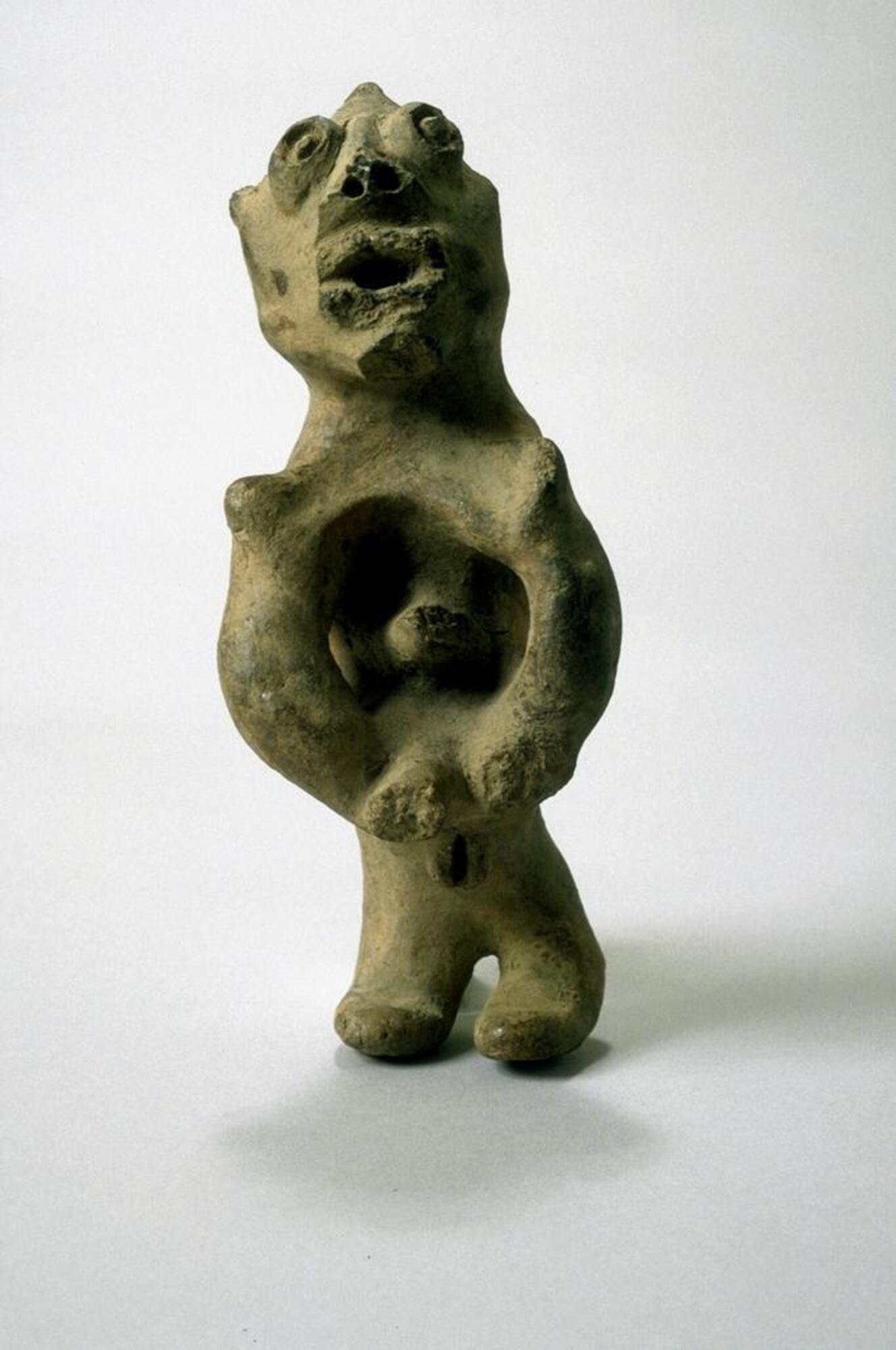 
Subject matter
Standing figures, such as this one, have been created by Mambila people from the Benue River Valley in southeastern Nigeria and western Cameroon. Much of the information available on Mambila art comes from studies by missionaries Paul Gebauer and Gilbert Schneider, conducted between the 1930s and 1950s. They describe the terracotta human figures, often kept in ritual storehouses, as "used by ancestors in circumcision rites" and "kept in the house, not shown to women". The missionaries also called the figures "special Mambila ancestral figures". The context in which these figures were used is not known for certain.

Physical Description
Standing female figure with short legs and a long torso. The arms are in front of the body and curve downward. Underneath the figure's hands is a cowrie shell embedded in the clay. The face of the figure looks upward with an open mouth and eyes formed by two concentric circles.

Rights
If you are interested in using an image for a publication, please visit http://umma.umich.edu/request-image for more information and to fill out the online Image Rights and Reproductions Request Form. Keywords
Figures
ancestors
figures (representations)
sacred objects
standing