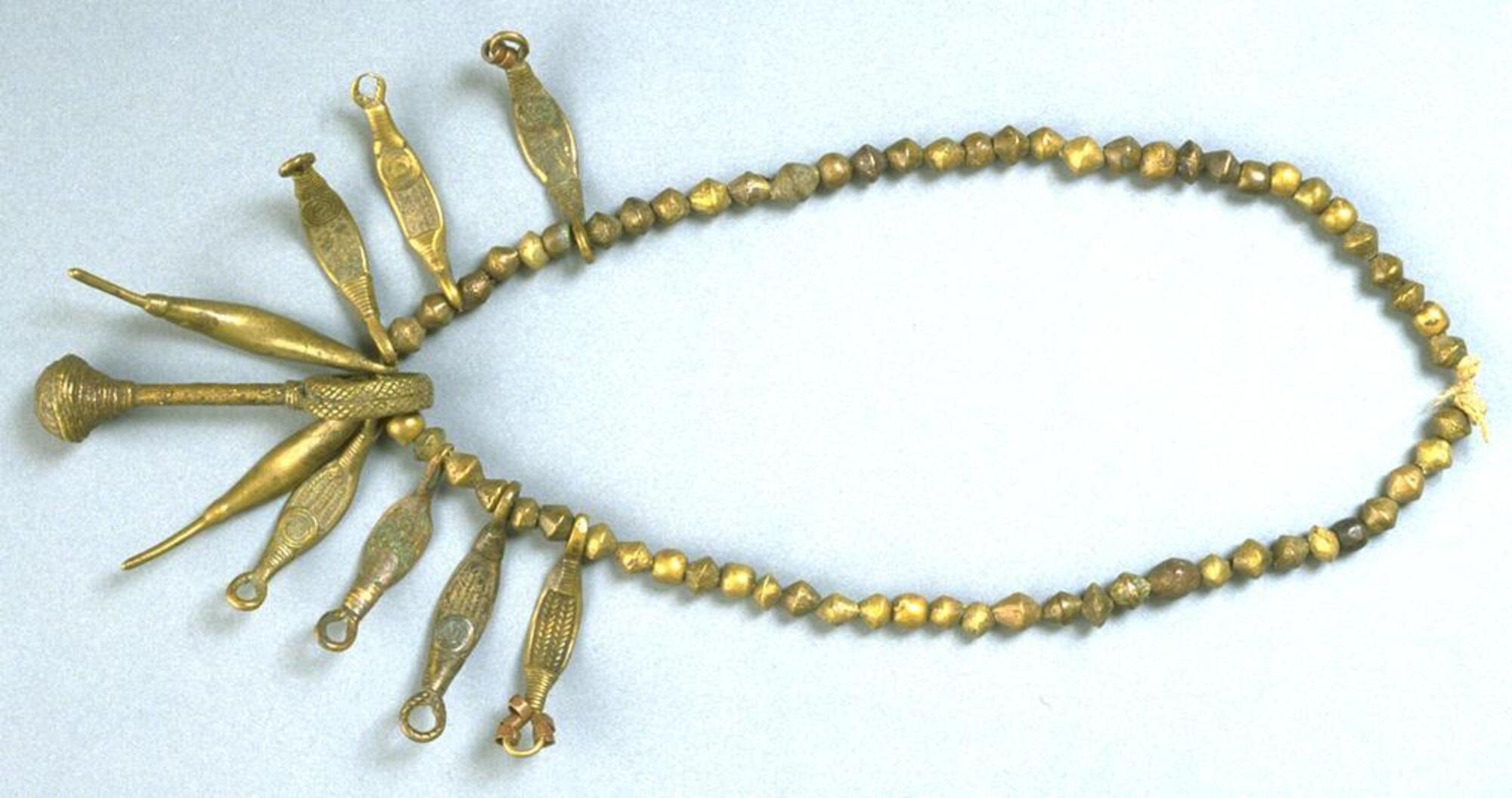 Subject matter
This object listed as made by Kirdi peoples, while most likely correct, is not without issue. “Kirdi”, meaning pagan, was the label given to the various peoples from northern Cameroon, northeastern Nigeria, and southern Chad by neighboring Fulani and Kanuri peoples because they did not practice Islam, while the latter do. The people collectively known as “Kirdi” are actually many different cultural groups with their own customs. However, due to a lack of information on where exactly this object came from, it is not possible to say with certainty which group of people created it.
Belts were worn by Kirdi girls and women on special and ceremonial occasions. Around the age of six or seven young girls began wearing a leather belt with two straps, sometimes with a second string belt, where four string panels would hang down in front and one in back. At a marriageable age, young women wore beaded aprons to indicate their eligibility for marriage. In addition to aprons, belts of brass rings, beads, or pendants were also worn, as more objects displayed a woman’s wealth and status. Various designs and styles referred to a woman’s cultural group, marital status, and age. When Cameroon gained independence in 1961, the government issued regulations requiring that women be fully dressed. In some areas, these aprons are still used, but no longer made. This object could have possibly been a necklace as similar objects have been described as necklaces, but it is not known for certain.

Physical Description
Belt made of brass beads with brass pendants. The central pendant is in the form of a crotal bell attached to a short rod with a large suspension loop. Two pendants are curved forms and the other seven are in the shape of what have been described as banana leaves.

Rights
If you are interested in using an image for a publication, please visit http://umma.umich.edu/request-image for more information and to fill out the online Image Rights and Reproductions Request Form. Keywords
cache-sexes
ceremonial costume
fertility
social status
symbols of office or status
wealth
women (female humans)