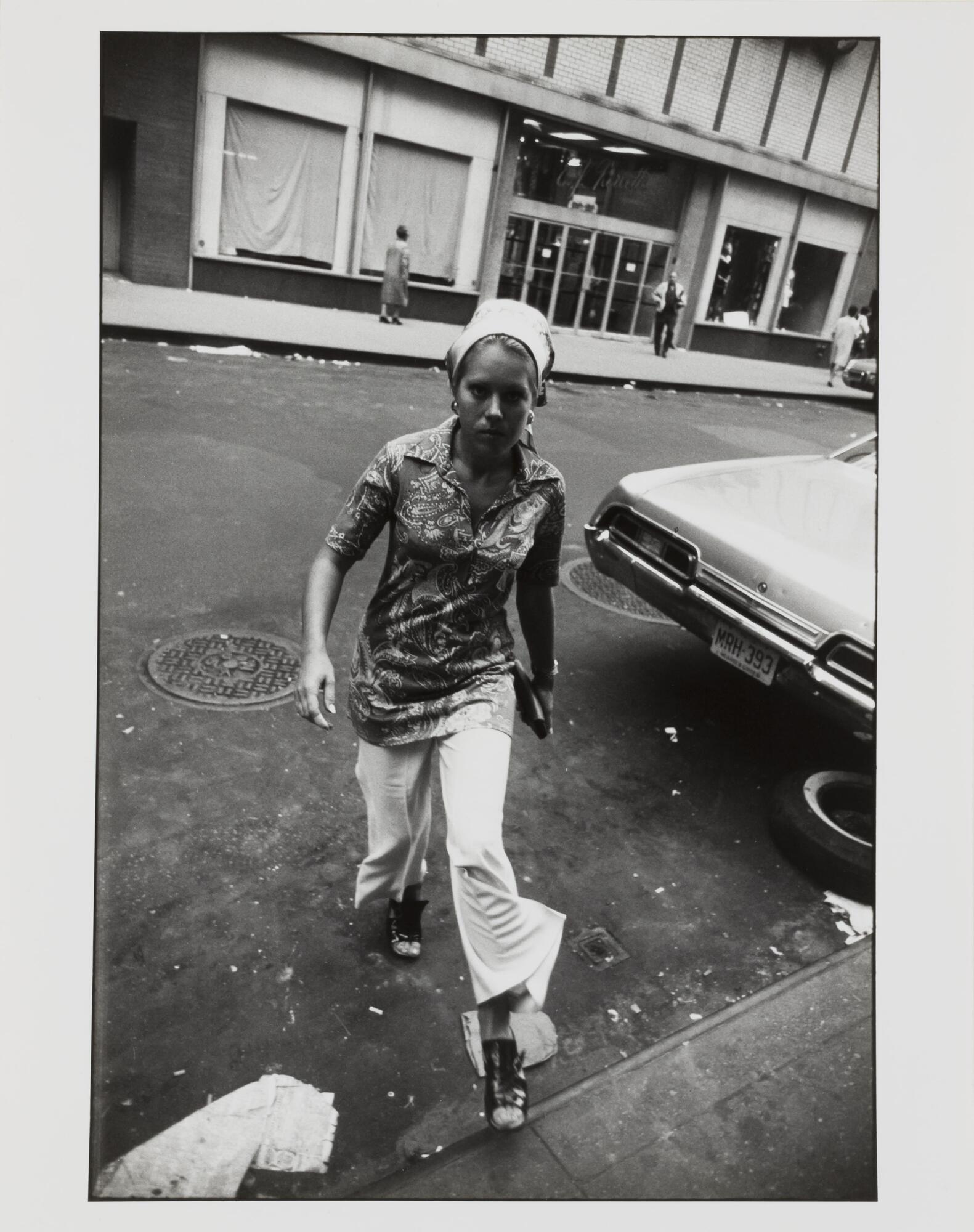 Taken in New York City, this image shows a young woman in mid-stride, walking full of intent from the street onto the curbside, and looking directly at the camera. Her pants billow vigorously, while her shirt creases and stretches to the motion of her wide stride. Winogrand frames the woman in between the lines of the sidewalk that seem to compress and warp the space of the image, pressing the surfaces of the street up against the picture plane.

Physical Description
Photograph of a woman wearing a shirt and pants, walking from the street onto the curbside, staring directly at the camera.