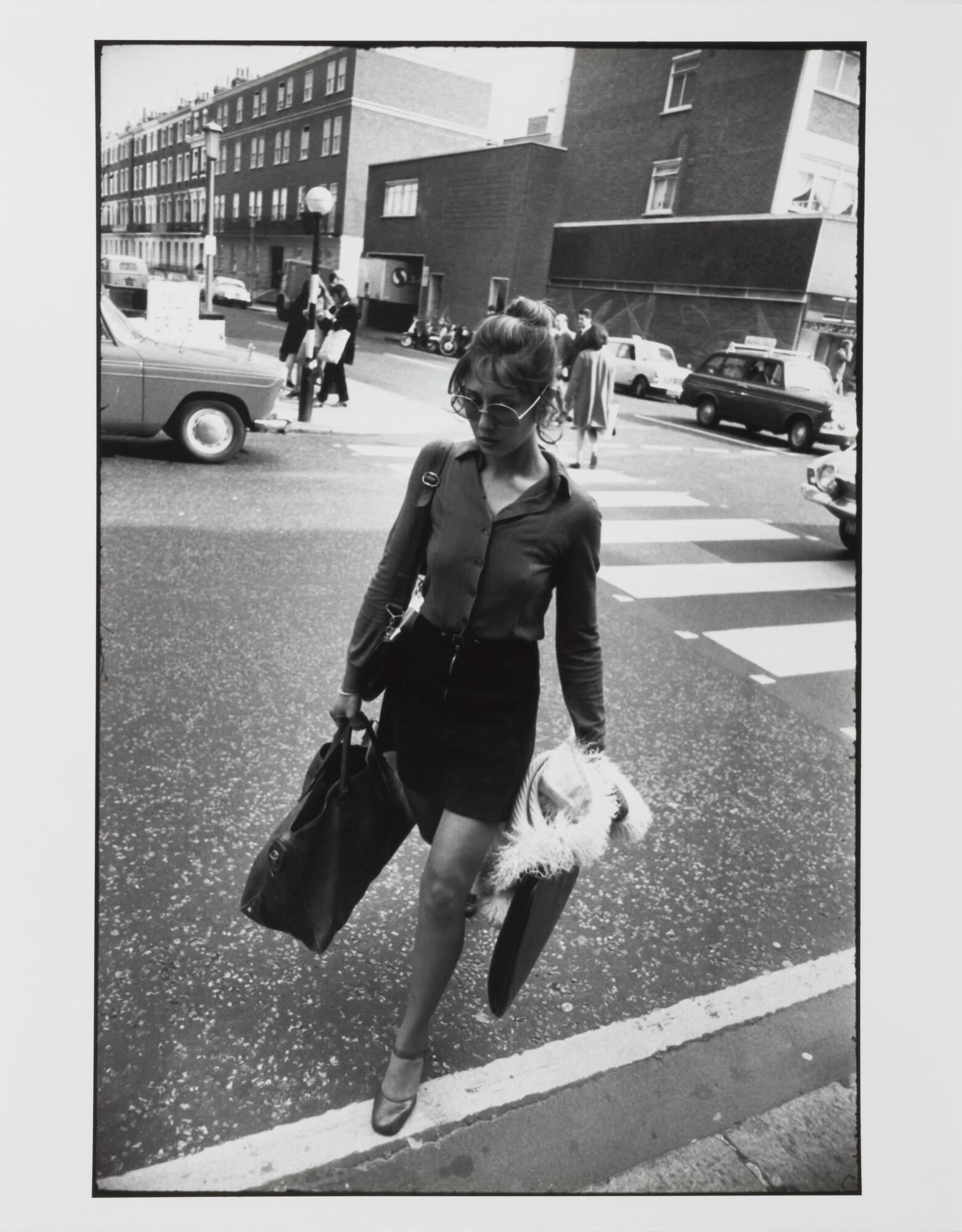 This photograph shows a woman crossing a busy street, her path straying from the designated crosswalk visible in the background. Her figure—legs, body, and handbags all aligned in a diagonal line—is dynamically juxtaposed against the direction of the crosswalk and road surface markings. She appears confident, determined in her stride and absorbed in her movement.

Physical Description
Photograph of a woman crossing a busy street, her path straying from the designated crosswalk visible in the background.