Waterfall, from "Earth Projects, A Suite of 10 Prints" 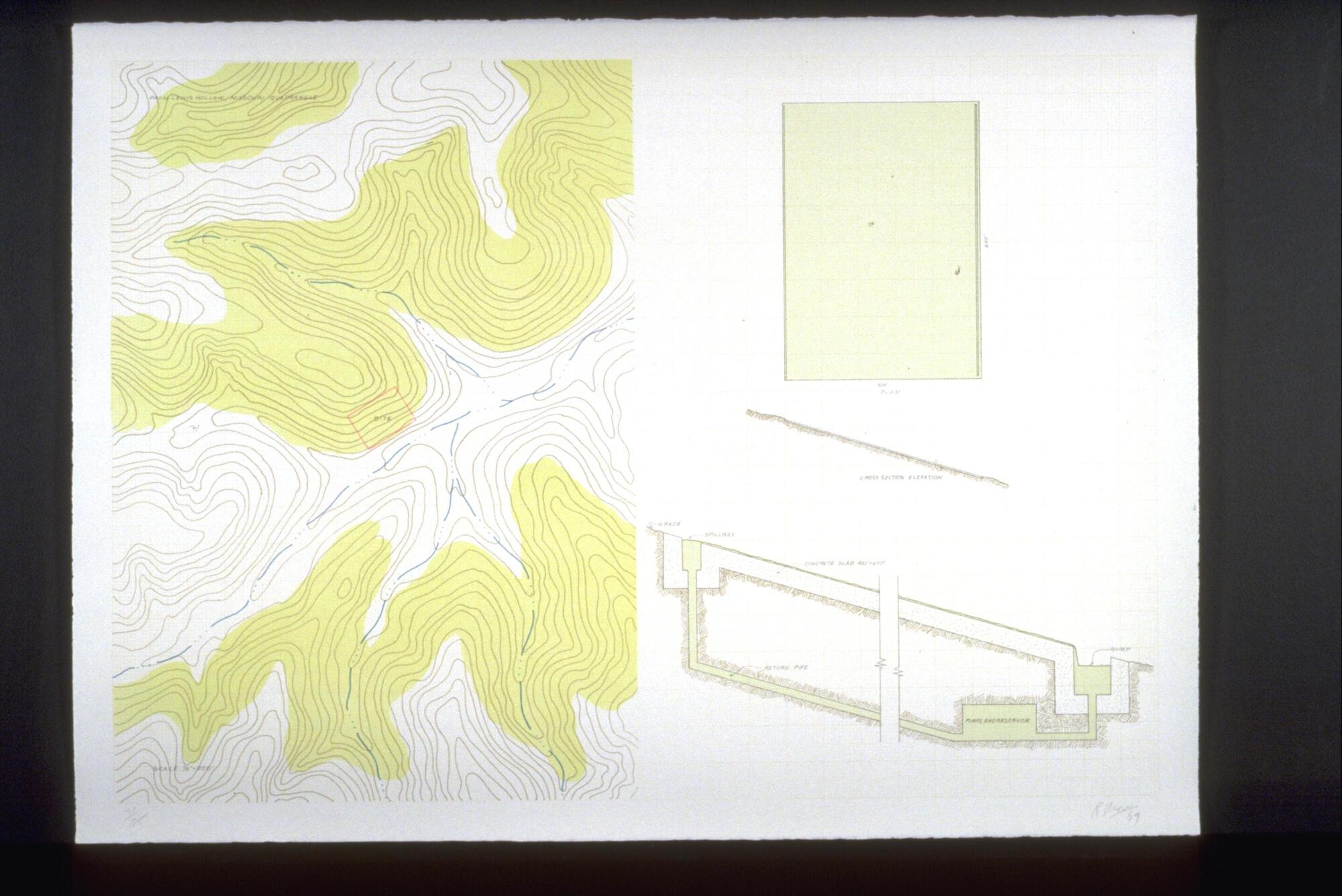 Title
Waterfall, from "Earth Projects, A Suite of 10 Prints"

Physical Description
This lithograph on white wove paper is horizontally oriented with a grid of light gray lines on a white background. On the left side is a contour map with green areas and blue dotted lines. There is a small red rectangle in the center portion of the map. On the right side there are three diagrams. One is a cross section of an incline with underground piping and two spouts, one at the top of the slope and the other at the bottom. Another diagram shows a thick diagonal line, imitating the slope of the incline. The third diagram is a green vertical rectangle. There are word labels throughout this work.