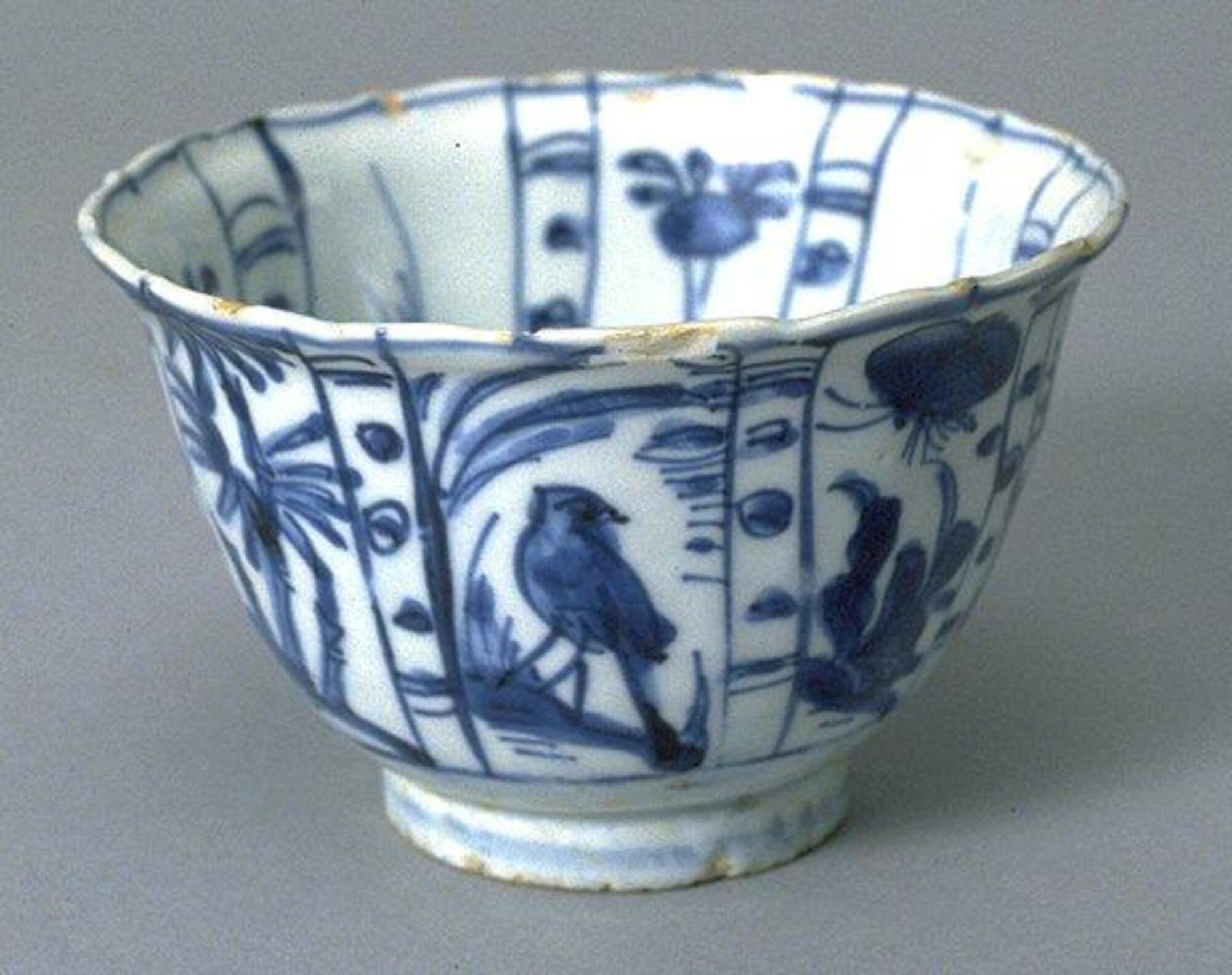 Kraak is a style of blue and white porcelain made for export to the Dutch market, named after the Portuguese chips or carraks that carried them to Europe.  Besides being blue and white, the sides of bowls and rims of plates are often divided into eight or more panels featuring birds and flowers, usually around a central scene.

The discovery of kaolin clay at Jingdezhen, Jiangxi, led to the establishment of official kilns during the Yuan dynasty (1279-1368), and the production of pure, white, hard paste porcelain and porcelain decorated with underglaze blue.  During the 13th century of the Yuan dynasty, with the establishment of Pax Mongolia, blue and white porcelains were exported to Europe and the Middle East, as both tribute gifts as well as for the overseas export market.  This continued through the Ming dynasty, where porcelain was used domestically by all classes of society.  A vast array of forms and designs were made to appeal to a large and diverse overseas as well as domestic market.

One of the most popular forms of decoration was underglaze cobalt blue.  During the Yuan dynasty, the principal source of cobalt came from Persia, in the Ming; however, local sources were found. The domestic cobalt, high in manganese and iron, resulted in a deep blue color with dark specks that has become known as a “heap and piled” effect, a hallmark of Ming qinghua (blue and white) wares, that was imitated in the later Qing dynasty.

Physical Description
A small, thin, porcelain bowl with an everted, foliate rim, on a foot ring.  It is painted in an underglaze blue decoration of birds and flowers, separated into eight panels on both the interior and exterior, and covered in a clear glaze.