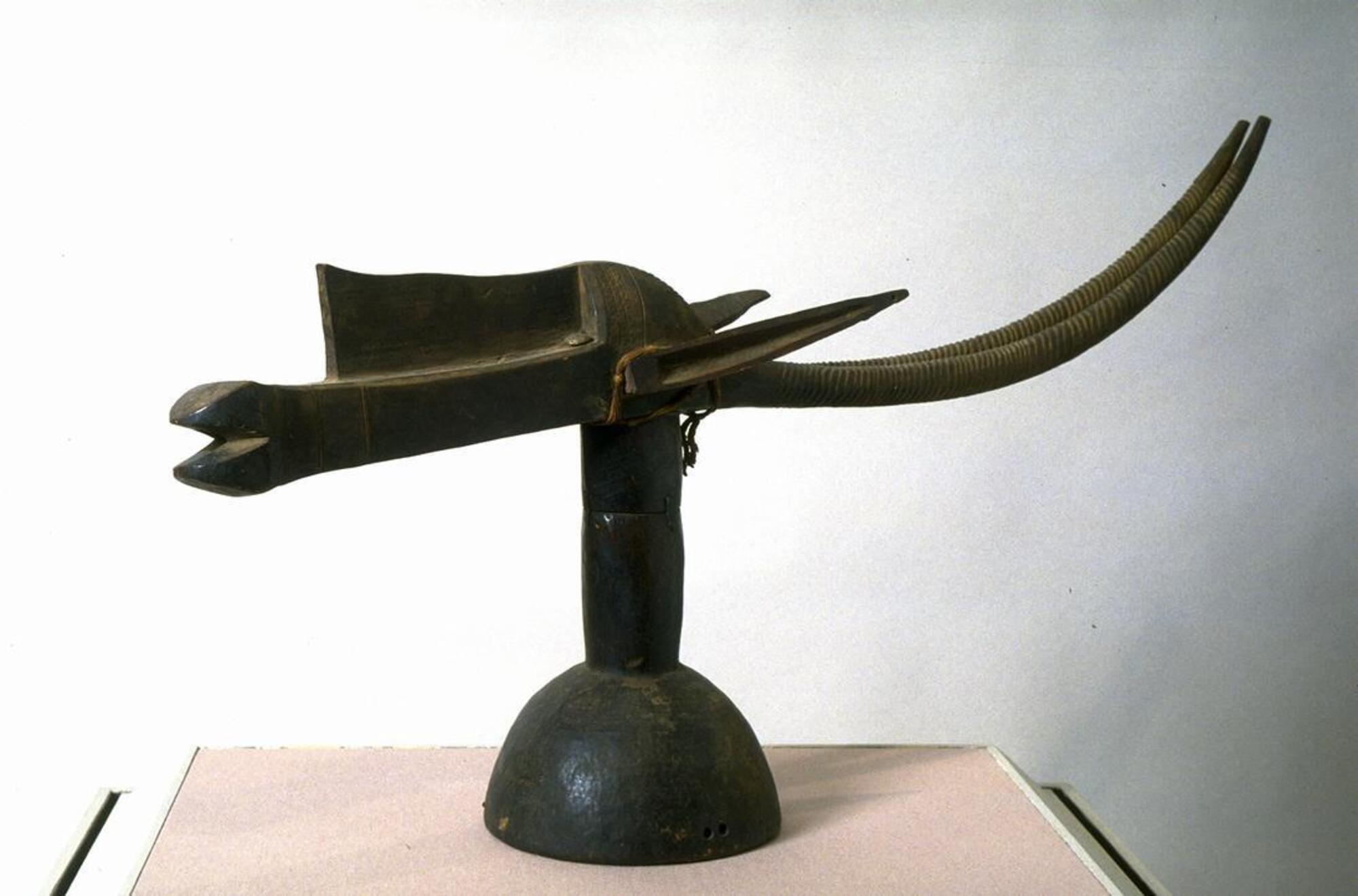 Label copy
The Bamana believe that certain animals have traits found also in men. Performances with zoomorphic masks serve to remind people of such similarities as well as to entertain. The Chi Wara (Tyi Wara) dance takes place during the semi-annual agricultural and initiation festivals, occurring in April, at the start of the planting season, and after the December harvest. The Chi Wara dance, which may take place either on the work fields or in the center of the village, recalls a fabulous being, half-man, half-animal, who in the past taught men how to cultivate the earth. He was the offspring of a hooded snake and Moussa Koroni, the first of the earth's creatures. Chi Wara used his claws and a pointed stick, which he held in his hand. Thus wild grasses were turned into edible grain. Chi Wara taught his technique to men and inspired them to follow his example. But as grain grew abundant, men began to waste it. Chi Wara buried himself in the ground and men, having lost him, carved a mask in his memory.