Death of the Virgin (reverse copy after Schongauer) 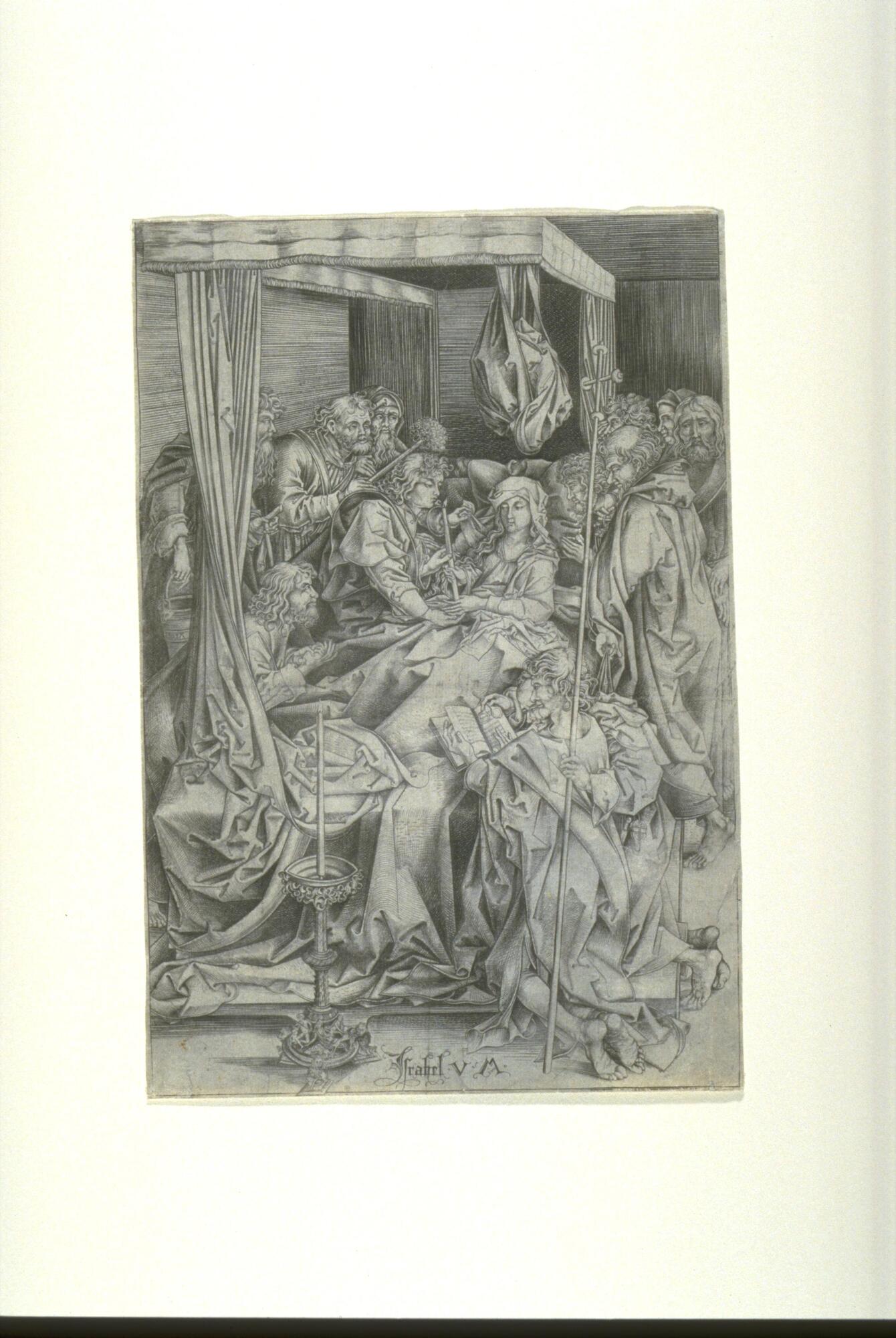 Title
Death of the Virgin (reverse copy after Schongauer)

Label copy
Gallery Rotation Fall 2013
Israhel Meckenem
Germany, died 1503
Death of the Virgin (reverse copy after Martin Schongauer)
circa 1490–1500
Engraving
Museum purchase, 1960/2.46
In this restrained scene of grief, the dying Virgin Mary reclines in her bed surrounded by the twelve apostles, a story found not in the New Testament but in Jacobus de Voragine’s Golden Legend—an enduringly popular chronicle of saints’ lives written in the middle ages. Meckenem was a prolific copyist and is one of six artists who made prints based on the celebrated Death of the Virgin by his contemporary, Martin Schongauer’s (circa 1450–1491). This engraving, however, is Meckenem’s own interpretation of Schongauer’s print, one that reveals his interest in figural interactions and in the detailed rendering of facial expressions, gestures, garments, and objects. The figures dominate the composition and are in more active poses, for instance, and the Virgin is not depicted at the very moment of her death, but awake and still alert.

Subject matter
Although Meckenem used as his inspiration the depiction of the Death of the Virgin by Schongauer, Meckenem's composition is reversed from Schongauer's and contains numerous details that make his version a fresh interpretation of Schongauer's.

Physical Description
A four-poster bed with curtains drawn back within an interior is angled towards the viewer, showing a woman reclined on the bed and attended by numerous figures. A lighted taper is placed in her hands, with assistance of a young man on the left side of the bed. Others of the figures stand or kneel with figures hands clasped in prayer; at the lower left corner are two men kneeling at the foot of the bead looking at a book of prayers. The overall effect is concern and movement around the still figure of the woman.