Dish (Tondino) with portrait of a young woman and grotesque decoration 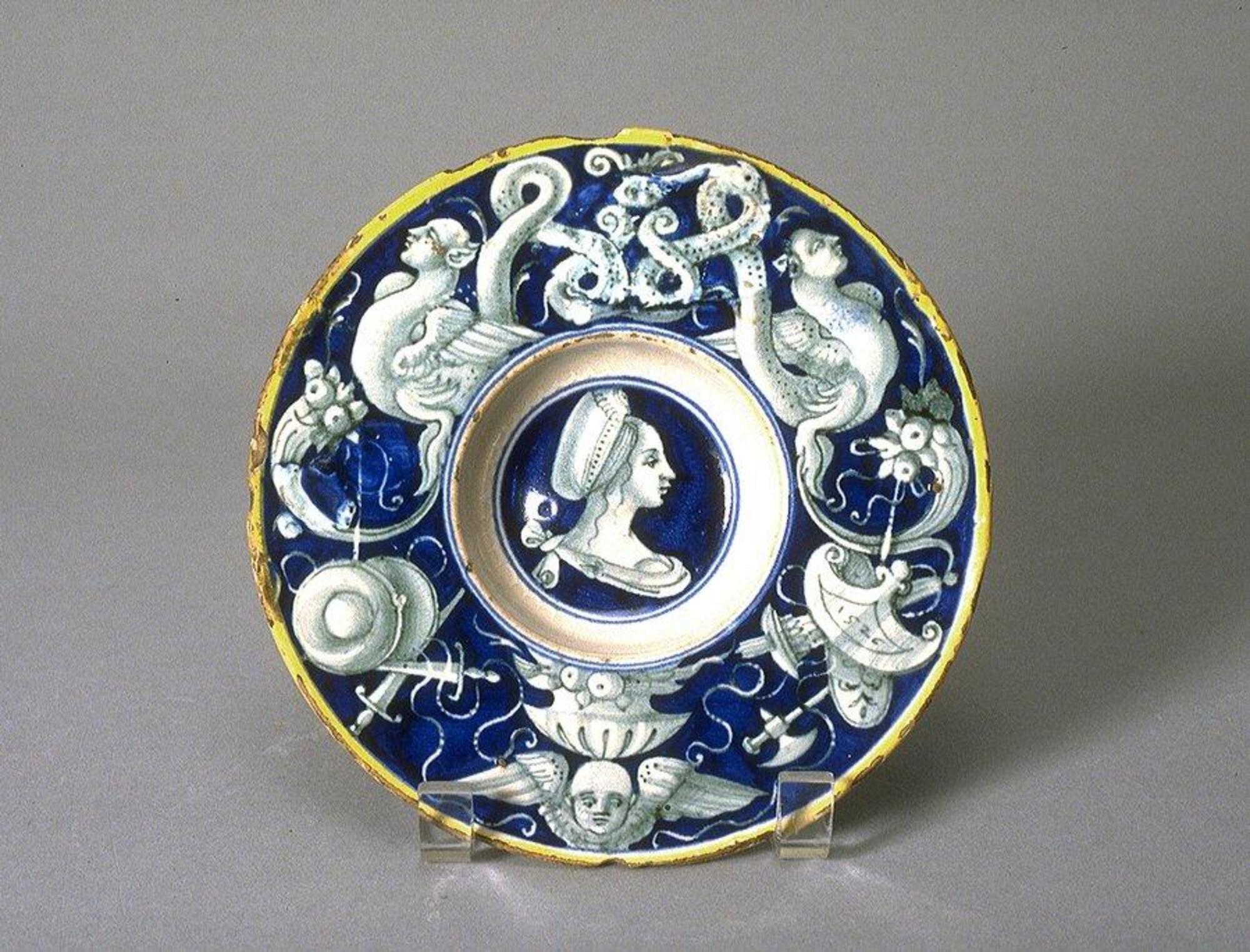 Label copy
March 28, 2009
The well of this dish contains an idealized portrait of a young woman, who probably received the dish as a gift by an amorous gentleman. Originally, it would have been filled with candied fruits or some other confection in an attempt to further sweeten the relationship. Known as amatorii, pieces of this kind frequently had a Cupid or another emblem of love at their centers and were produced in large quantities. The elegant border decoration includes fantastic animals, cornucopia, the head of a cherub supporting a vase of fruit, and weapons and shields, one of which bears the date 1526. These grotesque motifs derive from ancient Roman decorations popularized in the early sixteenth century by Raphael and his circle.

Subject matter
The well of this dish contains an idealized portrait bust of a young woman to whom this plate was probably offered as a gift by an amorous gentleman. The grotesques adorning the rim of the plate are derived from ancient Roman decoration.

Physical Description
The profile bust of a young woman is depicted in the well of this dish. The rim features a variety of grotesque ornament, including two winged, serpent-like creatures with human heads, whose tails interlace at the top of the plate. Cornucopias full of fruit appear beneath these creatures, followed by weapons and shields, one of which bears the date 1526. At the bottom appears the head of a cherub supporting a vase of fruit.