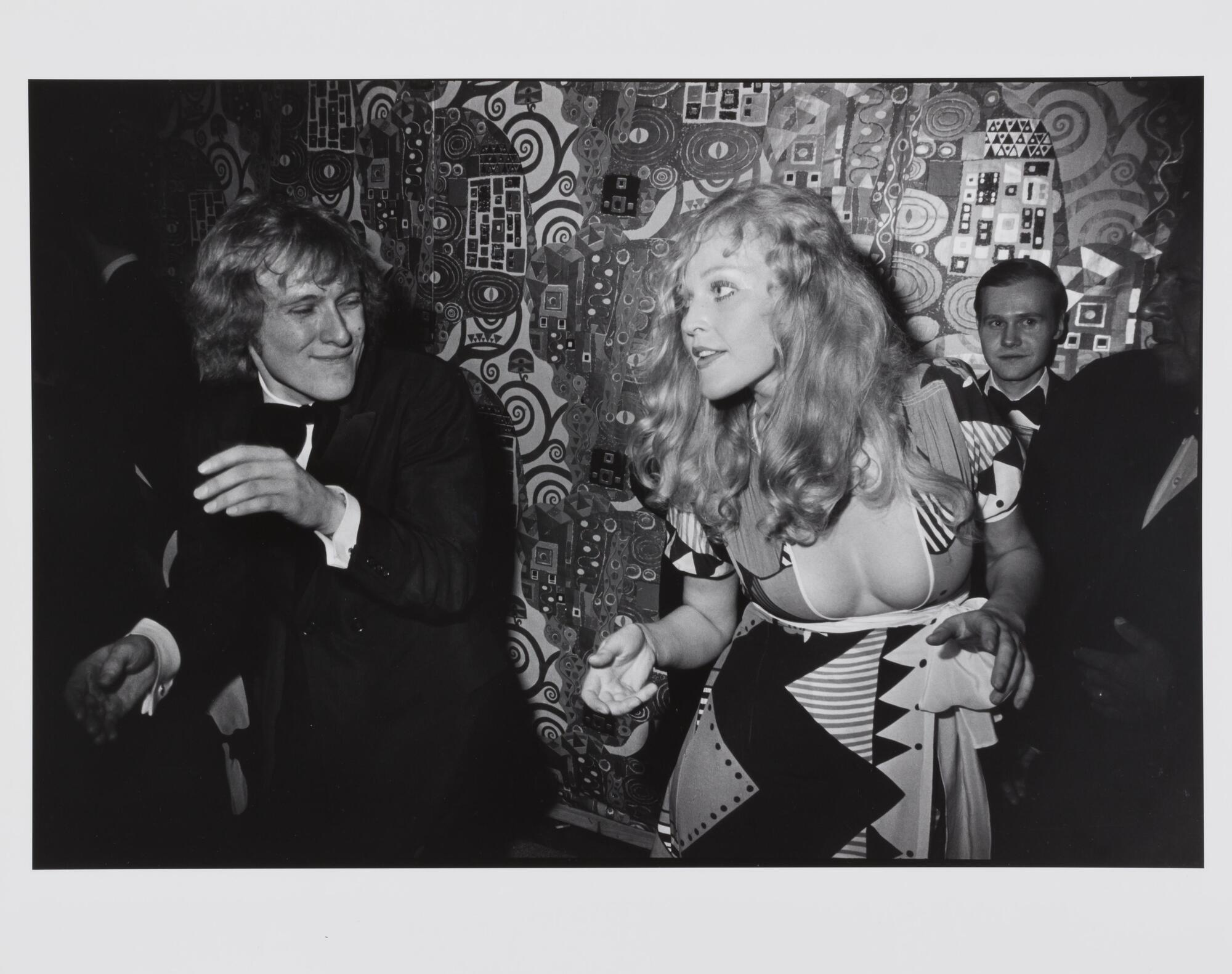 Subject matter
Comprising 85 images compiled and sequenced by the photographer himself, Winogrand's "Women are Beautiful" were first exhibited and published as a book in 1975, and then again as a portfolio of prints in 1981. The portfolio features the contemporary urban women—mainly of New York City—as seen through Winogrand's wide-angle lens on his Leica M4 throughout the 1960s and early 1970s. Women are shown engaging in a variety of daily activities, and ranging in moods from joyfulness to boredom and sadness. While certain photographs have been criticized for enacting an objectifying male gaze trained upon the unaware female subject, others have been celebrated for showing the expressive freedom of the new woman.

This photograph shows a woman and man dancing in a nightclub, amidst a crowd of men dressed in tuxedos. The gazes of the two people do not meet, as the woman appears to be looking off beyond the frame, while the man stares intently at her chest. The flash most brilliantly illuminates the skin of the woman, and casts a halo of light around her, making visible the chaotic ornamental patterns of the wallpaper behind.

Physical Description
Photograph of a woman and man dancing in a nightclub, amidst a crowd of men dressed in tuxedos.

Rights
If you are interested in using an image for a publication, please visit http://umma.umich.edu/request-image for more information and to fill out the online Image Rights and Reproductions Request Form. Keywords
Figures
beauty
dancing (activity)
groups of people
interiors
males
modern and contemporary art
nightclubs
women (female humans)