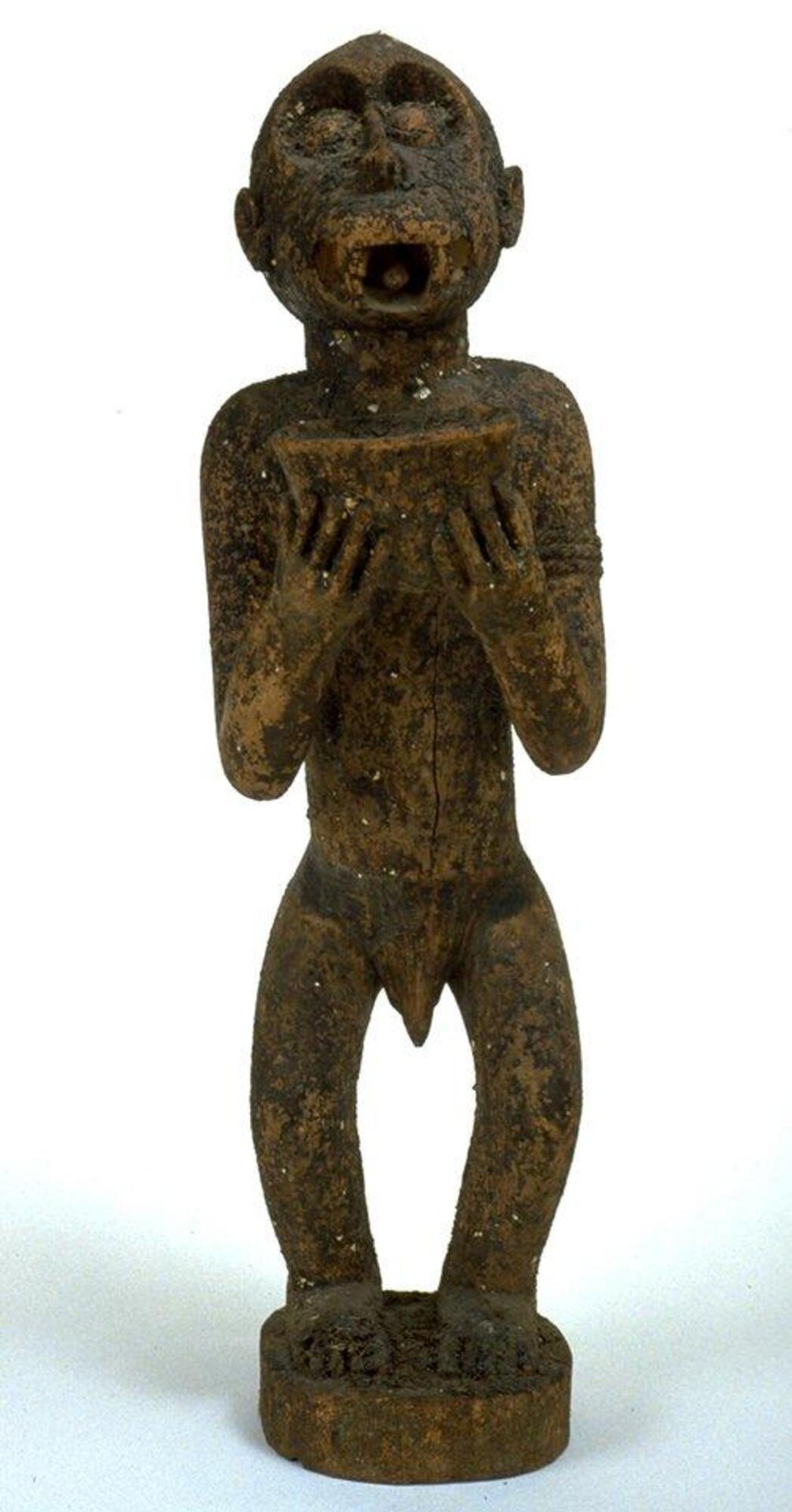 Medium & Support
wood with patination of blood, eggshell and pitch

Label copy
Baule diviners seek access to the other world through the use of simian figures holding bowls into which offerings are made to vitalize the spirit. The figure represents a bush spirit taking the form of a baboon, a wily and powerful beast. During divination, a female spirit medium is forbidden to look directly at the figure. Many African objects were originally intended to be concealed or veiled. Western museum conventions frequently do not take into account African modes of perception. Mouse oracles are used for the important work of divination. A mouse is closed up in the pot, and in its scrambling about, rearranges twigs or other tiny objects into a configuration that is interpreted by a diviner. A diviner's gourd or basket contains an assortment of natural and sculpted objects that are shaken or cast. The positions of the objects relative to each other are "read" by the practioner. Divination is a language of gesture and sound as well as visual signs and symbols. Bells, rattles, and whistles attract the attention of spirits and facilitate the state of trance which enables a shaman to cross into the other world. Gestures and poses signify specific states of being and transformations of identity. A turned head may suggest that the spirit's attention has been caught. Beware any who would test the mettle of someone owning such a powerful protective device! Hunting dogs are a metaphor for the diviner's ability to "sniff out" the sources of evil that threaten an individual, a family, or community. When an object that has been rubbed on the flat surface of a rubbing oracle like the Kongo canine figure seems to "stick", the diviner knows that the oracle has "answered" and the question posed was relevant to the problem at hand. The mirror encased in the magical bundle upon the dog's back signifies this powerful object's ability to repel and deflect evil while attracting the benevolence of the spirit world. Mirrors indicate the division between this world and the supernatural, a threshold the diviner is able to cross.