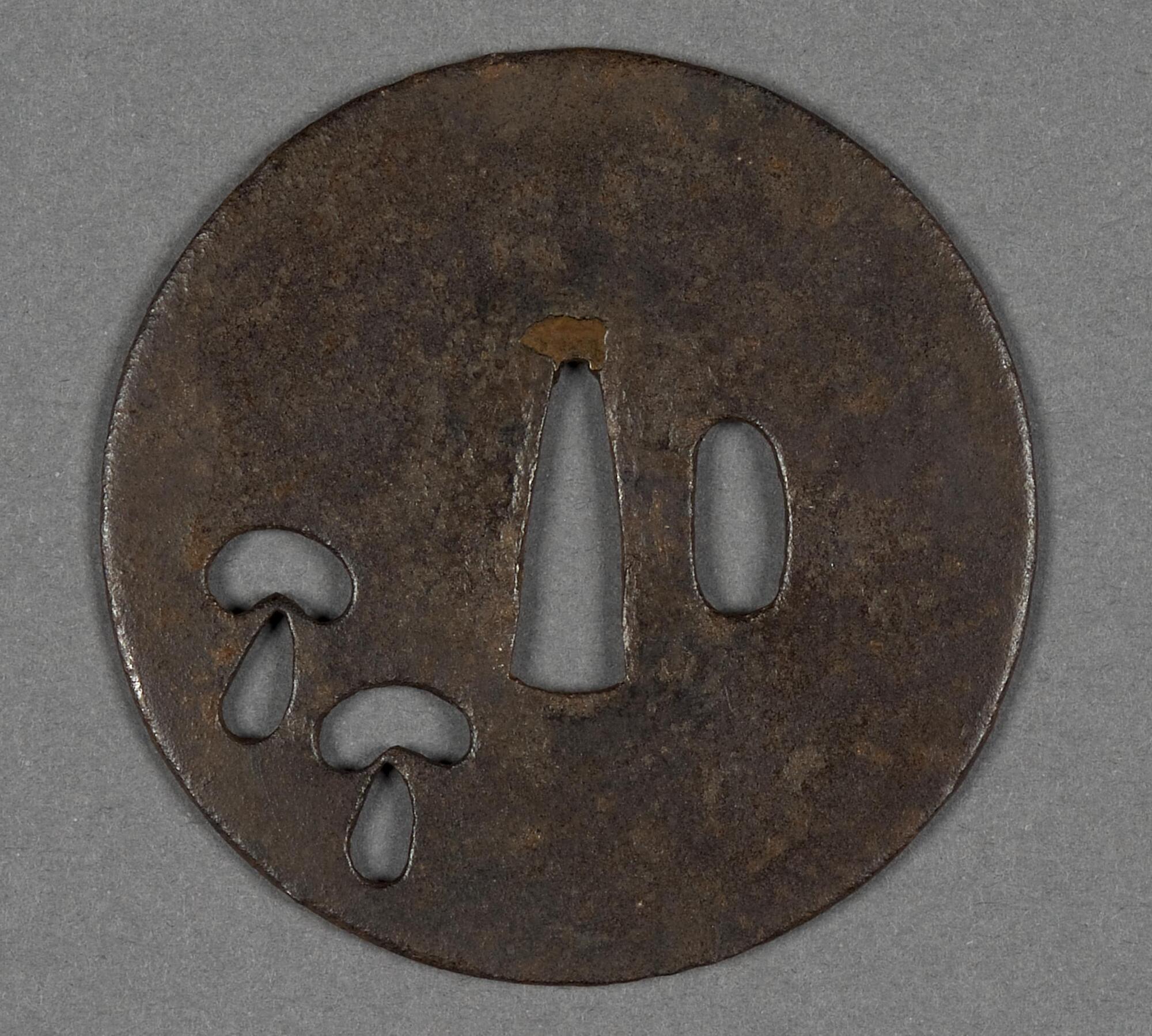 Subject matter
Tsuba (sword guard) is inserted between a sword handle and blade to protect hands from sharp blades. The center hole is where the sword is placed. The smaller hole is to insert kougai, a spatula-like stick which is said to be used for itching hair underneath hats or helmets. Mushrooms were thought to have a magical power in East Asia.
This tsuba is in the Kotosho style, which means "old swordsmith". They are usually thinly hammered and decorated with one or two pierced designs. Kotosho fate from Kamakura to early Muromachi period.

Physical Description
Circular tsuba, made of iron. It has two holes in the middle. There are two openwork motifs of mushrooms on the lower left. Rusts on some parts of the piece.