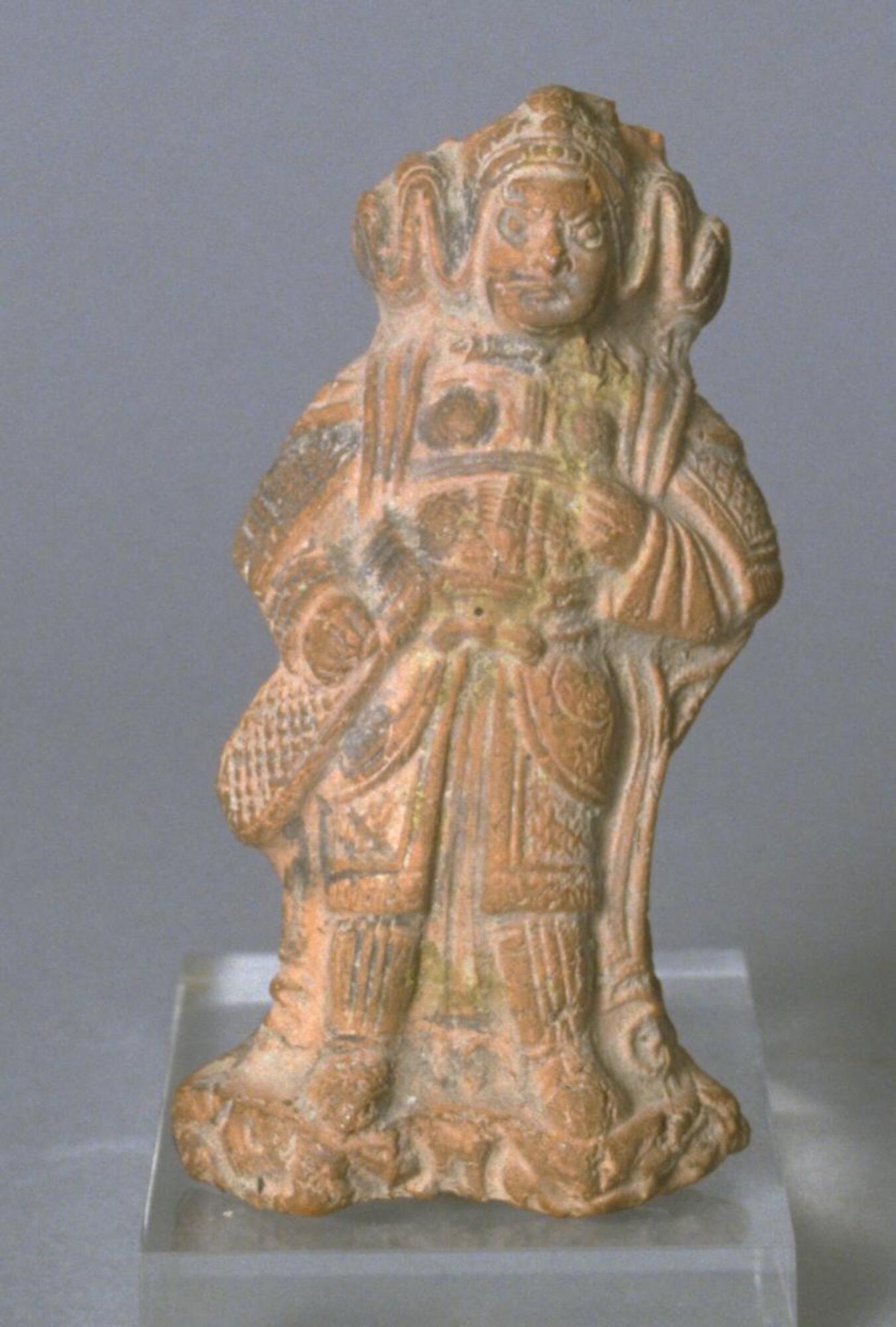 The presence of Tianwang—normally found in pairs—within the tomb would offer protection to the deceased as well as indicate their wealth and high status. It would have been part of a larger set of figures that could have included civil officials, military warriors, guardian figures, horses and grooms, and camels and riders, generally all in pairs.

Tianwang, "Heavenly King", is the generic name for a type of guardian figure in Chinese Buddhism. Known in Sanskrit as lokapala and in Japanese as tennô, heavenly kings are associated with the four points of the compass, and wear armor similar to the style of the Chinese imperial court of their day.

During the stable and peaceful Tang Dynasty, the Silk Road brought exotic luxury goods to China, including metalwork, glass, precious stones, ivory, and textiles from Central Asian, India, and the Middle East. The bustling Tang capital of Chang’an—modern Xi’an—was a bit like the Paris and New York of today in its cosmopolitan mix of peoples, cultures, religions, music, foods, and goods, especially from Central Asia.

Since the Qin dynasty (221 - 206 BCE), ceramic figures have been used to replace human sacrifice in burial practices as a way to provide for the deceased. The number of ceramic mingqi items in a tomb could reach numbers of a few to several hundred objects. Chinese believed that after death, the soul was freed from the body and could roam around the universe without hindrance. Family members did not like the idea of powerful ancestors, particularly those with unsettled grievances, wandering around unrestrained, so guardians were posted at the doorways of tombs to keep spirits from moving in or out.

Physical Description
A red earthenware standing figure of Tianwang—Heavenly King, a Buddhist deity—wearing Tang dynasty styled armor including a helmet with flowing ribbons, elbow-length gauntlets, a cuirass with plaques, and taces, knee length greaves, and boots. The figure is standing on a rock-styled base, unglazed with traces of mineral pigment.